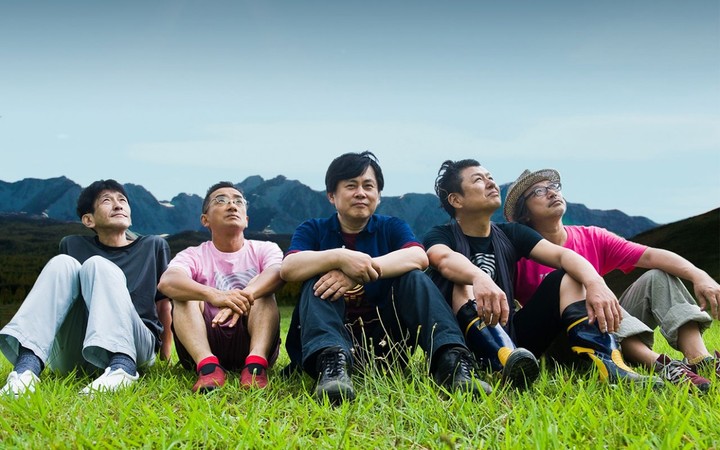 Since 1978, Koichi Makigami has been making music with Hikashu, a collective who have taken in post-punk, new wave, krautrock and free jazz. With techniques and sounds borrowed from various indigenous cultures, from nature, and his own imagination, Makigami is a master of his instrument - the voice. In New Zealand for shows, he and bandmate Kazuto Shimizu join Kirsten Johnstone to talk about their art.

Koichi Makigami started out in musical theatre, of which he says "people hated it." So he changed his focus to music: "people still hate it." And yet, nearly forty years on, he is still able to travel the world playing shows and festivals, intriguing, amusing, and challenging the audiences he plays to.

Taking inspiration from Talking Heads, Kraftwerk, and Devo, Hikashu had somewhat of a 'hit' in 1979, with '20 Seiki No Owari Ni' or 'At The End Of The 20th Century' gaining good radio play in their homeland. Using analogue sampling on the mellotron, no one else in Japan was making music like them. That seems to have been the height of their popular success. Makigami and guitarist Freeman Mita are the only remaining original members.

New recruit Kazuto Shimizu has been playing with the band for the last ten years, though he was a fan of the band before.

What qualities or skills does a Hikashi member need? "A very weird personality" says Makigami. Shimizu adds "When I came in, I was really surprised how uninhibited, musically, everyone is. There's no real guidelines - you have to find your way." Makigami likes to be surprised, and no show is ever the same. They are spontaneous, and never follow a set-list.

Makigami uses his voice in surprising and often unintentionally humorous ways. We get an improvised demonstration at the audio link above.