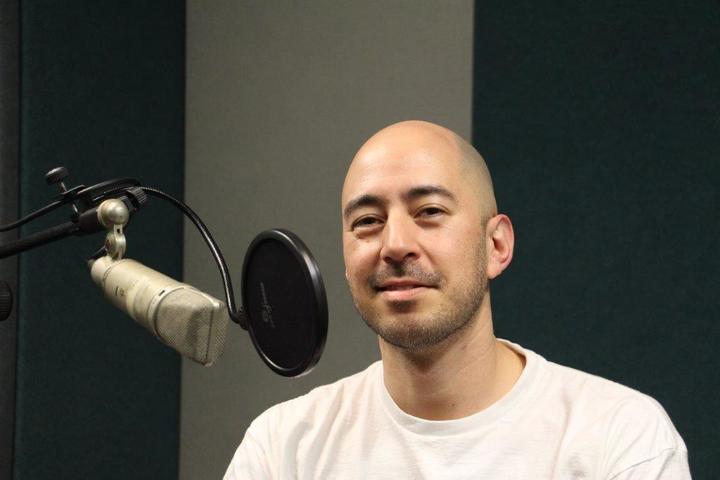 Mark de Clive Lowe - exponent of the broken beat scene, jazz pianist, remixer and collaborator - is by his own admission a “global citizen”. An Auckland-native, Mark has spent the last two decades in London and Los Angeles where he’s been part of various jazz and beat music collectives. In between, he has released his own work, and is currently back on home soil to promote his latest EP Mark de Clive Lowe: Live at The Blue Whale.

Yadana Saw sits down with him to explore his back story and the songs that have shaped his style. He also shared some of his musical influences with Nick Tipping for Inside Out.

Yusef was one of the greats to me. He had a unique voice on both sax and flute and his albums Eastern Sounds and Detroit are two great examples of him bringing whole different modalities to jazz, most notably from Eastern influences.

Jamal is one of my biggest piano influences. His album The Awakening is, for me, one of the greatest piano trio albums ever made, and has also been the source for countless hip hop samples. Arrangement was always the huge thing with him along with his touch and utter funkiness.

Sun Ra is like the Grand Wizard, the Jedi mystic, the Yoda of them all. He brought an imagined vision to life in a key time in America’s civil rights struggle, and gave voice and inspiration to so many with his weird searching soundscapes. He always sounds like he’s having fun too. I love that - especially when a lot of jazz music can just get way too serious.

Dilla is one of my biggest inspirations as a beatmaker and sample-based producer. Not to sound like him so much as to appreciate his inspirations and aesthetic. He redefined what was possible with a drum machine and sampler bringing a real organic-ness to hip hop beats and production. I got to meet him a couple of times before he passed away which was a real honor and am close to a lot people who worked closely with him. He’s a Duke Ellington for our generation.

Wynton’s album Black Codes literally changed my life when I heard it. It’s the baddest of the baddest jazz players of that generation - Branford Marsalis, Kenny Kirkland, Jeff Watts - playing balls-to-the-wall modern jazz, inspired by 60s Miles but taking that sound forward into their own generation. I just fell in love with how hip it sounds and how hard it swings and grooves.

These tracks are both from my Blue Note Remixed Vol.1 project - a live one-take mixtape peformance remixing Blue Note records samples on the fly. There’s multiple inspirations here - the artists of the original samples, the hip hop artists who sampled them (Brand Nubian, De La Soul, amongst others), adding my boy John Robinson from Scienz Of Life on rhymes, paying homage to hip hop’s 90s golden age. Herbie Hancock is my greatest of all time piano influence . As a player, composer, conceptualizer and humanitarian he’s a true inspiration. I wanted to take his 1963 track and give it the dancefloor flip mashing it up with Detroit and UK house influences.