Jens Lekman - a phoenix rising from the ashes

Swedish songwriter Jens Lekman reflects on the journey of self-doubt and creative discipline that has led to his glorious new album. 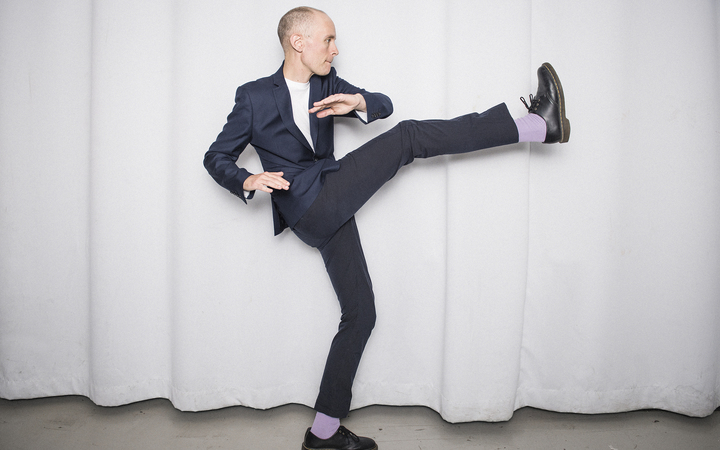 The aim of most interviews is to reveal new information about the subject but with Jens Lekman - a man who for many years has kept an online journal and continued open correspondence with fans - all of the information is already out in the open.

He has spoken freely about the six years of self-doubt following his last album in 2012. His meta style of song writing has throughout his career revealed more about the sensitive Swede than most artists are ever confident to reveal.

So rather than being an exercise in soliciting information, speaking to Jens is more like speaking to someone you intimately know, yet have never met.

In 2014 he was very close to finishing an album that he had been slaving over alone trying to get right when he shared it with the people closest to him. They didn’t like it. He didn’t release it.

“It wasn’t a very good album, so I’m very glad I have honest friends who tell me when things are bad. I think I was subconsciously trying to ruin everything for myself by making that album. I was trying to ruin my career.”

Becoming aware of his self-destructive tendencies led Jens to reflection. His 2015 project Postcards in which he wrote recorded and released a song every week for the whole year was designed to reinvigorate his passion for song writing.

"I think I was also experiencing a feeling that is quite universal, where you start to look at where you’re going and how patterns keep repeating themselves  in your life. Thinking about how you can improve yourself and better yourself.  Sometimes you have to burn yourself to the ground before you can rise like a phoenix from the ashes.”

Part of rising from the ashes was bringing in some outside help. To alleviate the sometimes lonely process of refining albums, he enlisted a producer to help guide his creativity.

“It’s good to let go of control. That’s probably something all artists and song writers will say at some point. But especially for me I was becoming I think a total control freak. I started working with a producer, and I started trying to let go and to be open for the wonderful things that can happen when you don’t try and keep control over everything.”

‘Postcards' led to another project - Ghostwriting. Instigated by the Cincinnati Contemporary Arts Center, Jens took stories from strangers and turned them into songs.

“That came out of that feeling also of wanting to erase "Jens Lekman" from my songs, which in turn came from the feeling of not liking myself very much. Also from a longing to slip into other people’s slippers and walk around and be them for a while.”

So the recent journey of Jens Lekman has been painful and at times surely exhausting, yet has resulted in a creative rebirth and a glorious new album called ‘Life will see you now’.

Jens describes it as an album about learning to take responsibility, and in typical Jens fashion quips “How sexy isn’t that?”.

But it kind of is. The album marks the turning of a corner in life for Jens, creatively and personally.

“Just two days ago I turned 36, so I’m closer to 40 than I am to 30 now. I feel like there is a direction right now in my life. I feel like two or three years ago everything was just a mess and a lot of confusion and what the hell is going on and where am I going. Especially when I was writing those songs, but right now I feel like … well, still super confused but now with more of a direction more of a calm. I feel better, like things are going to work out.”