"I was writing Wildfire, thinking of all the beautiful women that had graced my life, who have worked incredibly hard, dedicated their lives to never take care of themselves first but to look after the hearts of others, despite the hardships or grief that was pulling at their feet."

Milly Tabac of The Miltones explains the background to the video:

When trying to find an idea for a video that would suit Wildfire, what made sense to us the most, was to create the kind of magic that used to exist at my family’s property. I wanted to capture the spirit of what was an incredible foundation of love and friendship that was slowly fading because time was beginning to change and our property was definitely showing its grey hairs.

I was writing Wildfire, thinking of all the beautiful women that had graced my life, who have worked incredibly hard, dedicated their lives to never take care of themselves first but to look after the hearts of others, despite the hardships or grief that was pulling at their feet. A phenomenal inspiration was the soul and friendships I witnessed through my parents business, Plants for Places, which in it’s last years was run by my mum and her two amazing friends. This was after the death of my father, which was an incredibly hard time to watch mum try and find the strength to keep things running.

Every morning I would walk down the stairs and her two friends would be there; we would sit at the table, drink coffee and talk about life. For me watching these three beautiful women who worked incredibly hard and gave everything of themselves to others was heart warming and yet heart breaking. Making the video a tribute in admiration of their beautiful hearts was something I needed to do and I wanted the perfect video to capture this.

We had the idea to shoot in one of our big old glasshouses, it was run down, with bits of plastic tearing everywhere. The ground as you can see is unkempt and wild, with grass and weeds thriving. It was a perfect display of finding beauty in its worst elements. The trees that surround the glass house as Kendall is dancing through them are the very trees that these gorgeous woman have been growing and nurturing for many years. Some of the trees are older than me, so that in itself is amazing.

Kendall Jones, who dances in the video, is also a beautiful friend of mine with one of the most gorgeous souls I have ever known. She’s wearing the dress of Joanie who worked with mum for over 20 years, so that was such a beautiful touch and it fitted perfectly with the video and the idea of Wildfire! The lights represent the spirit and ‘fire’ of the women and Kendall weaves through the glasshouse and its lights with such beauty and grace. 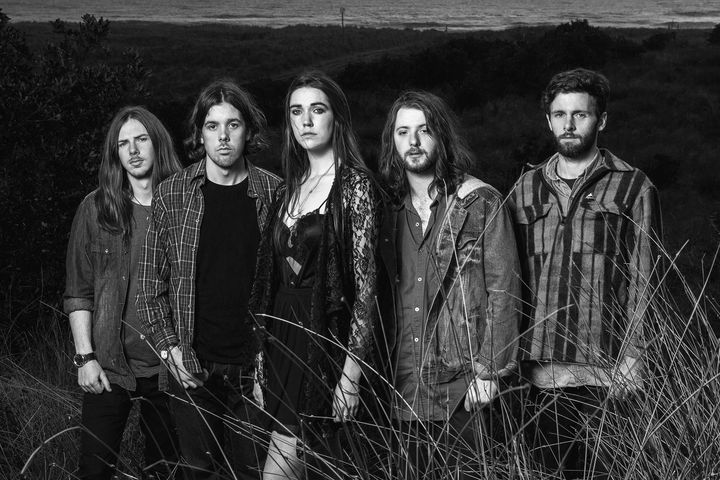 The Miltones are: Milly Tabac, front-woman, lead guitarist, Liam Pratt. This pair form the songwriting core within the band, and a joined by Guy Harrison on keys (Hollie Smith), Chris Marshall on bass (Miss June) and Tom Broome on drums (Esther Stephen & The Means, Hollie Smith).