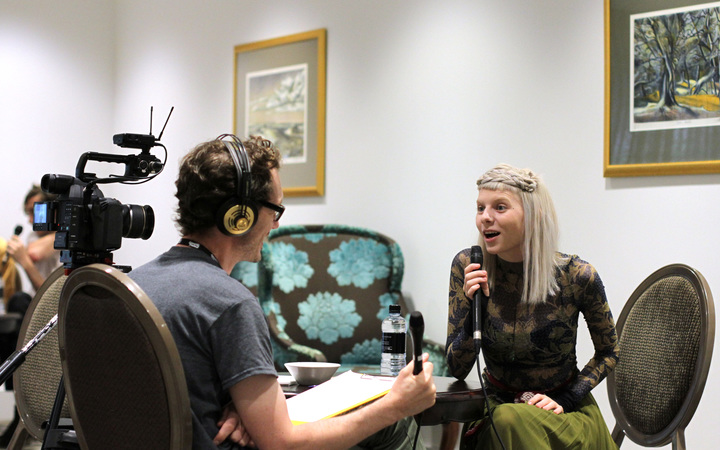 20 year-old Norwegian pop musician Aurora Aksnes has travelled all the way to New Zealand. It's the farthest she's ever been from home, but there's very little sign of home-sickness. In fact, sitting in Auckland's Langham Hotel, she seems downright jubilant, complimenting me, camera-person Luke, the art on the walls, the pens on the table, and so on. She's in a constant state of amazement at the world around her, as if she were discovering it for the first time.

The enthusiasm is apparent when she's on the Laneway stage later, dancing like someone who can't believe their luck. She's been working towards this since she started singing at age six, after all. It's telling that after releasing her debut album All My Demons Greeting me As A Friend aged only 18 she's already impatient to deliver a follow up. 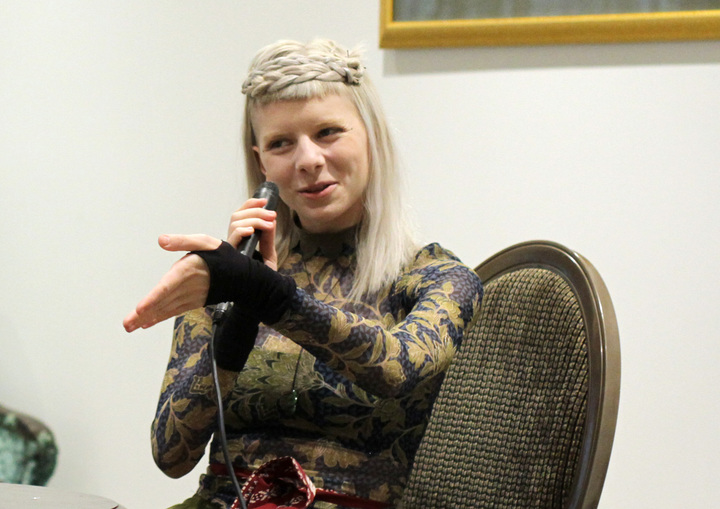 Much of Aurora's promotional art depicts her as a creature of nature, whether sporting giant moth's wings or just  frolicking in the woods. But it soon becomes apparent when talking to her that she isn't affecting a persona. The eccentricities that are so charming on her album are very present in real life, and she's prone to go on long flights of fancy about whatever grabs her attention.

In the chat above we discuss Aurora's dark lyricism, her love of hunting (for vinyl as well as meat), and whether she prefers a sunny Auckland day to the Norwegian winter she's left behind.