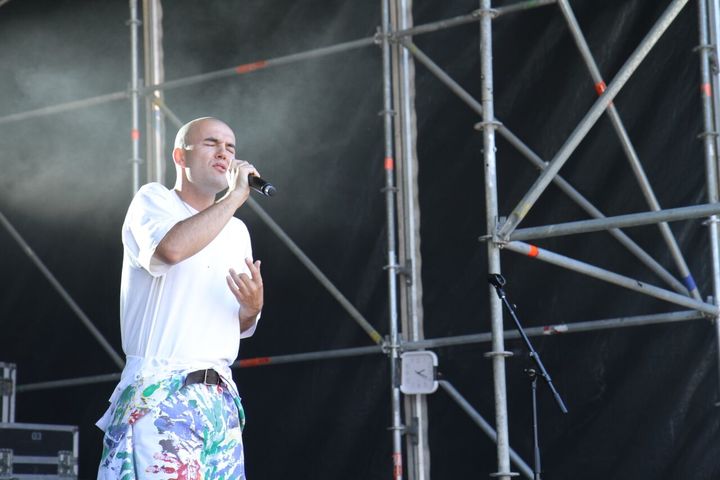 Conor McCabe and Barnaby Matthews were only separated by a few years at Hamilton Boys High and both spent a lot of time in the music department but didn't connect until many years later in Australia.

“I moved to Melbourne about three years ago which was actually about the same time Conor moved there.  I’d been making hip hop type beats for a while, but had no vocals or anything so when Conor came over I was like ‘yo – maybe you should chuck some vocals on’.”

It was a fortuitous meeting because Conor had been looking for an musical outlet. He had moved to Melbourne without much of a plan but was teeming with energy. The duo's crisp production style, honest lyrics combined with Conor's fragile, emotive vocals quickly started getting attention on SoundCloud and in no time had signed to Future Classic, a Sydney based record label.

“I guess we kind of are becoming part of a scene. Heaps of people come to our shows, heaps of my friends, a pretty strong kiwi crew. But the Melbourne scene is so supportive and it’s just pumping, there are shows all the time and the crowds are more mixed now.”

Spending any amount of time with Fortunes and you quickly become aware of their mutual admiration for each other. Conor is all enthusiasm and extroverted in nature while Barnaby is more quiet and perhaps considered, they like the balance.

“I guess originally I was focused on a lot hip hop beats. But just hanging out with Conor, who has been an RnB guy since forever I find myself getting more and more into listening to RnB and the emulating the production styles.  The older stuff as well.  Taking cues wherever I can.”

Over the top of these beats Conor weaves magic, where some singers in the limelight are coy about parts of their personalities Conor is truly comfortable with his heart on his sleeve. Neither being a gay man, nor having a strong New Zealand accent provide him with any moments of hesitation.

“Ages ago I used to try and sing in an American accent and I listen back to it now and I think how did I ever do that?  I think it’s harder actually to sing in an accent that’s not yours. You have to sing differently. With our accent though sometimes things don’t rhyme as well."

Their latest release '501's' is a beautiful example of taking a tiny detail (riding Melbourne's public transport system) and Conor turning it into a story we can all relate to, a moment of connection in a crowd, a jigsaw falling in to place.  With tens of thousands of streams already the song has struck a chord with it's audience

“All the songs have been about boys but maybe 501’s is the most sexual or explicit. I really don’t care. Just do what you want to everybody!”