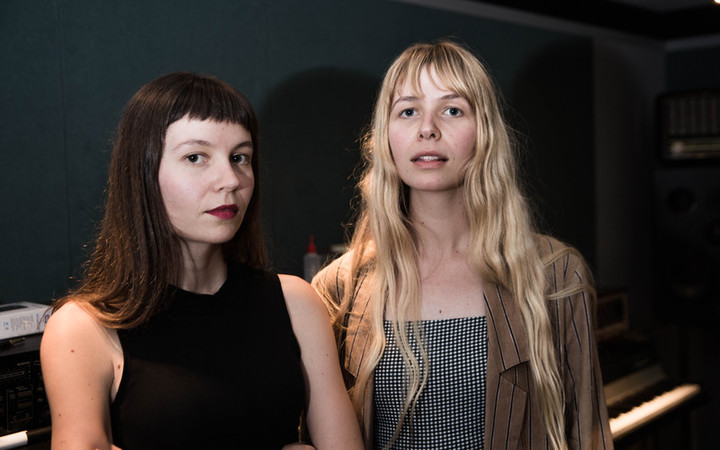 Purple Pilgrims have played more shows overseas than they have in their native New Zealand. But it is in their idyllic Coromandel studio that they record their dreamy tunes. Their new release, the first since their album Eternal Delight, sees their vocals a little clearer in the mix with a slow trance-inducing beat behind them.

“I think a lot of it is about the mixing, on our last album we mixed ourselves and maybe parts of it were a bit buried by walls of reverb.  On this song Jorge Elbrecht has come along and kind of opened things out a little more so it’s easier to decipher different parts.

It was a conscious decision when we started Purple Pilgrims we were quite involved in the arts scene. Clementine used to help out at a gallery down in Christchurch and it was more in the sonic arts realm that we were involved in.   We were really interested in effect pedals and learning how you can push them and warp sounds."

"The song is called ‘Drink The Juice’ and it’s based loosely on some stories we’ve heard from neighbours around the Coromandel. There used to be quite a few communes in the 'seventies and it’s based around that. There’s a cult theme, we’re both really interested by cults and there is no movie too cheesy that we won’t sit down to watch if it’s about joining a cult. Unless it’s the Manson stuff, I find that a bit too dark."