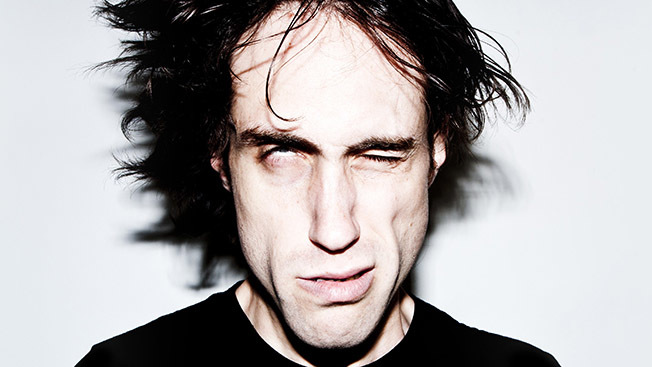 Beardyman is a musician, a comic, a beatboxer extraordinaire and is on his way to New Zealand for a performance at the Splore festival.  His one man show is always improvised, sometimes funny, sometimes dance(y) and always incredible to behold. His vocal ability and his ability to warp his vocals via a machine he invented called 'Beardyman5000' enables him to create layers of noise that are hard to recognise as vocals at all, but they are.

"If you’re dancing and going out of your mind, you may not notice that I’m not a DJ.  Everything I do is improvised and that gives me the freedom to make up songs on the spot and freestyle lyrically and musically and I can dip in and out of all different modes."

"I was a weird kid, I was always beatboxing.   I didn’t realise it could be a career.  I just thought it was an annoying habit I had to hide from people because it was annoying.  When I would do it around people they would mostly just ask me to stop and they’d tell me I was annoying. Then I heard Rahzel and I realised that if you got good enough people didn’t find you annoying ad if you got a microphone so it’s really loud and the bass really kicks and you pretend that you’re doing the singing and the beat at the same time then people give you money?!”

Beatboxing is now just one of the elements of Beardyman's routines, although routine isn't the right word exactly because no two Beardyman shows are ever the same.  Remarkeabley prolific, and almost impossible not to be charmed by no matter what the audience or occasion, Beardyman is here to bring you joy.

If I’m honest, I won competitions for beatboxing and I pushed it as far as I felt I could push beatbox and then I kind of moved on to using beatbox as a component part in other things.  So I’ve done more comedic things over the years and I’ve done crazy hardcore junglist mash up raves, I’ve done all sorts so now when I do a set I can sort of synthesise all these different elements of things I’ve learnt over the years.