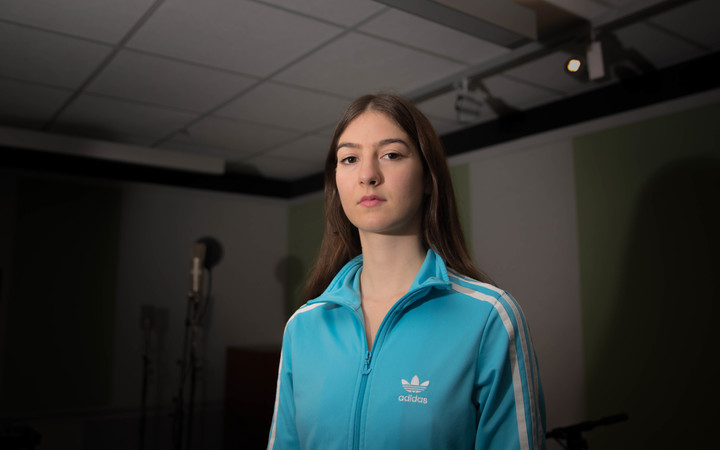 The first thing you need to know about Weyes Blood (real name Natalie Mering) is that ‘Weyes’ is pronounced ‘wise’. It’s a word that looms over my conversation with Mering, as she discusses topics like politics and herbology with ease, and seems unfazed by any question I care to throw at her.

Mering has been making music as Weyes Blood since she was 15, at first delving into the experimental noise scene, then gradually discovering a gift for writing classic pop hooks, as she explored the music of the 60s and 70s.

Now 28, Weyes Blood has released 3 albums to increasing critical acclaim, with her last album, Front Row Seat To Earth garnering praise both for Mering’s songwriting and haunting voice, and for her ability to tackle big topics within a loose conceptual framework – in this case, how the internet has changed the way we perceive the world.

Weyes Blood is sometimes described as ‘throwback’, due to her knack for evoking the sound of 60s and 70s folk, but listen more closely to her albums and traces of her background in noise music become apparent. These drones and dusty details add an undercurrent of tension to the gentle acoustic guitars and vocals, and, along with Natalie's distinctly modern attitude, mark her as someone who has carved out her own territory. She's a folk futurist, looking forward to a brave new world as she laments the collapse of the old.