The Mockers thirty years on 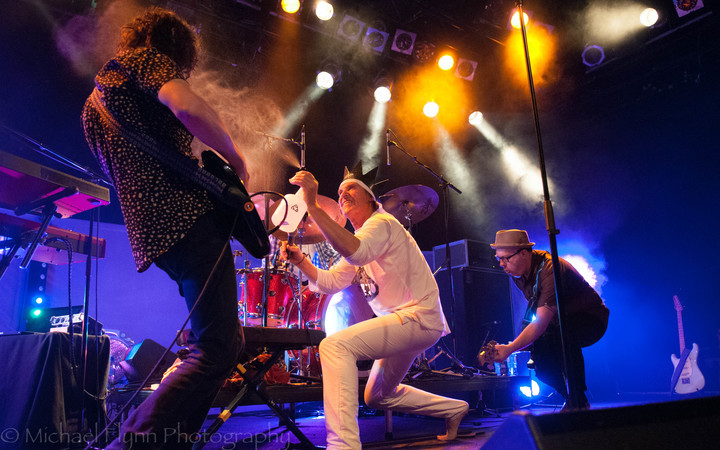 It’s 30 years since the Mockers last toured New Zealand, but Andrew Fagan and most of the members from the last line up have re-united to play a series of shows through Aotearoa. Trevor Reekie joins the band at soundcheck for a catch up.

When Andrew Fagan was asked if The Mockers could reunite for 'The Great Kiwi Beer Fest' in Christchurch's Hagley Park he thought that it wouldn't be possible, with members scattered throughout the world. Some of them he hadn't spoken to in the 30 years since the last shows together. But promoter Kurt Shanks contacted them all and has made it happen. Guitarist and member of The Bads Brett Adams has returned for the tour, bass player Geoff Hayden has flown in from the U.K. and Tim Wedde who plays keyboards has come over from Australia. Stepping in on drums is Chris O'Connor from the Phoenix Foundation. 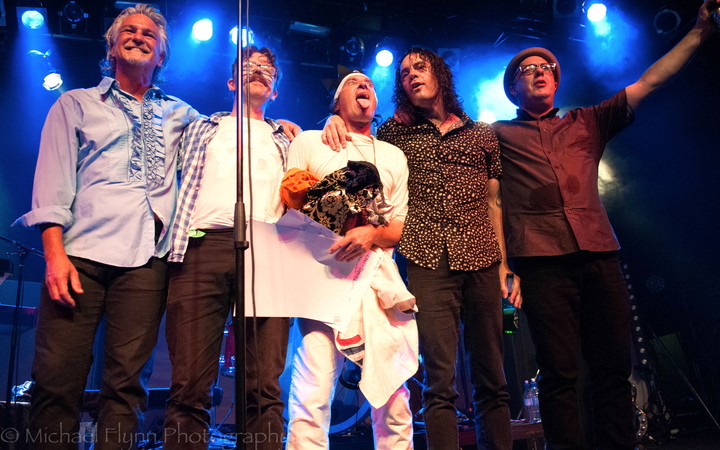 The reunion also serves as a tribute to the band's drummer Steve Thorpe, who passed away in 1986. Fagan says "It did knock the stuffing out of the band... It was a major upheaval."

In the 80s, The Mockers were proudly showy pop, when the jangly underground of Flying Nun was staunchly shoegazing. "As the years have gone by" says Fagan "we've all now understood that you can have a good song, and you can also show off, when you're presenting that song."

Session musician Tim Wedde was 17 when he joined the band, and says "it certainly cemented what I was going to do for the rest of my life." He says there's nothing better than playing in a band with your friends. "That's why I came back in a flash - there's no out of control ego. We look like we've all got out of control egos on stage, and in the photos, but it isn't real. "

It's been a long time since Geoff Hayden played in public. "I hadn't really touched my guitar in 16 years, it was hanging on the wall, and I'd take it off occasionally. I'm a London taxi driver. I've always been a little bit bohemian about work and life in some ways, and that was the perfect job for me. I'm not one for nine to fives. As soon as I got the email from Andrew I took [the guitar] off the wall and dusted it off. Amazing how quickly it all came back."

Hayden says when the band called it quits in London, it seemed a natural end. "Things were never the same after Steve died, but we carried on and we made a good record and carried on touring. But when we came to the U.K., we tried, we tried, and it's such a tough nut to crack open."

Loyal New Zealand audiences never got to farewell the band though, something which will be rectified on this tour. "This is tying up all those loose ends" says Hayden "and putting it to bed."

The band are revisiting their greatest hits for the tour, including 'Forever Tuesday Morning', 'Swear It's True', 'One Black Friday', 'My Girl Thinks She's Cleopatra', and 'Shield Yourself'. Fagan says "it's always surprised me, especially with these reunion shows, seeing how many songs people remember, and know the words to. It's perhaps something that I didn't really appreciate at the time, when they were first released and touring them." 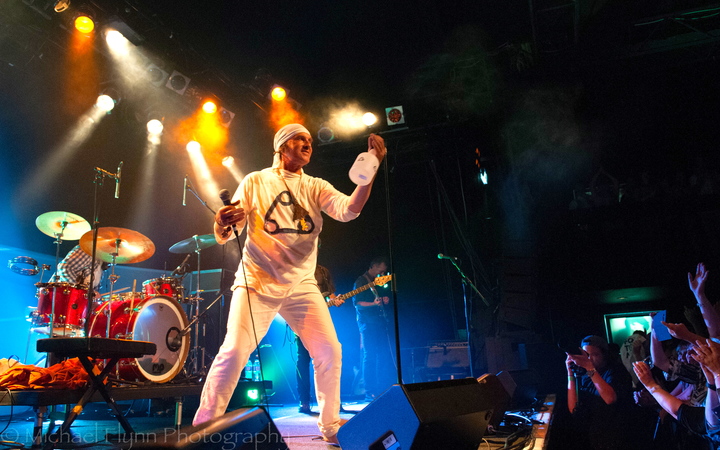