Ray Columbus, OBE, who died Tuesday age 74, was the first and biggest New Zealand star of the beat group era.

He is best remembered as the leader of Ray Columbus and the Invaders, who in 1964 - at the height of the beat boom – had a number one hit in both New Zealand and Australia with the single ‘She’s A Mod.’ He developed his own distinctive mod look, and his own dance move: the mod’s nod.

The following year he had another huge hit in New Zealand with ‘Till We Kissed’, winning the first Loxene Golden Disc Award.

Born in the working class Christchurch suburb of Woolston, one of seven children, he was a performer from an early age. As a child he tap-danced competitively. When he hit his teens he was drawn to the new, rebellious and colourful world of rock’n’roll.

In the early 60s he joined an established dance band, The Downbeats, as lead singer. As the original members of the band gradually left, they were replaced by younger musicians such as guitarists Dave Russell and Wally Scott, and Columbus renamed the group: first as Ray and The Drifters, then Ray Columbus and the Invaders.

With the growing popularity of ‘British invasion’ bands like The Beatles and The Rolling Stones, Columbus cultivated a Beatle haircut and began to skew his group’s repertoire towards a high-energy R&B sound. By befriending U.S. servicemen, stationed in Christchurch with Operation Deep Freeze, he was able to obtain hard-to-find R&B records, which gave the group a source of distinctive material.

The Americans also had an influence on the Invaders’ look.

“I was a fashionista,” Columbus told Chris Laidlaw in a 2011 interview for RNZ. “First of all I was into the way stars I loved like James Dean, Elvis and whatever dressed in the movies. I had Mum knit sweaters for me – red with a big white R on it, or if it was white, a big red R on it. I got one of the Operation Deep Freeze sailors to send me some jeans.” 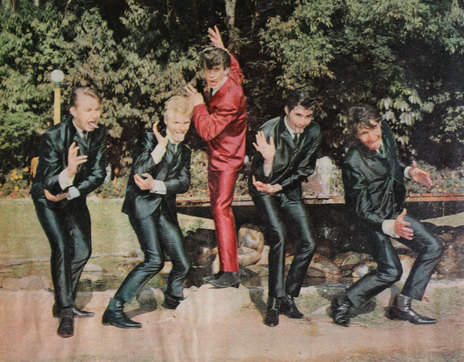 A more surprising influence came from an influx of refugees from the Hungarian revolution.

“All these teddy boys came out from Europe and they’d taken the whole American thing in another direction. I loved it. So the Invaders ended up dressing quite a lot like that. We adopted a show-biz version of that.

“Once we went to Australia we immediately struck the prejudice over there that you’ve either got to be a rocker or a surfie. Guys with chains and leather outfits would be waiting at the stage door and as we walked out the door they’d be swinging their chains and say, ‘What are ya mate, a rocker or a surfie?’ So I would smart-mouth and say, ‘We’re not either. We’re mods.’”

In late 1963 the group relocated to Auckland and began recording for Eldred Stebbbing’s Zodiac label. 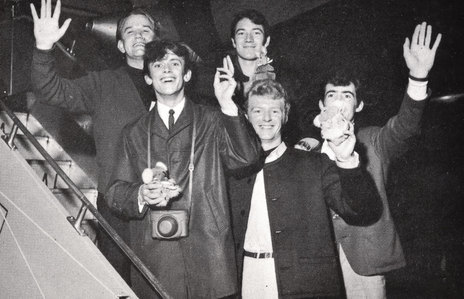 At the height of their success, in 1965, Ray Columbus and the Invaders toured Australasia in a package with The Rolling Stones and Roy Orbison.

After the group disbanded in 1966, Columbus spent some time in the Bay Area of San Francisco where he wrote songs, made a number of recordings and fronted a semi-psychedelic pop band The Art Collection.

The Art Collection played gigs with The Turtles  and Eric Burdon and The Animals', and released several singles. ‘Kick Me’ – a Columbus original based around a heavy fuzztone riff - is now considered a garage-rock classic, but none of their releases succeeded in the charts.

Returning to New Zealand in the late 60s, he became a familiar presence on television, in programmes such as C’Mon, Happen Inn and Personality Squares, always performing.

In the early 80s Ray Columbus donned a cowboy hat to host the high-rating series That’s Country. In the late 90s he managed the young, chart-topping Christchurch rock band Zed. 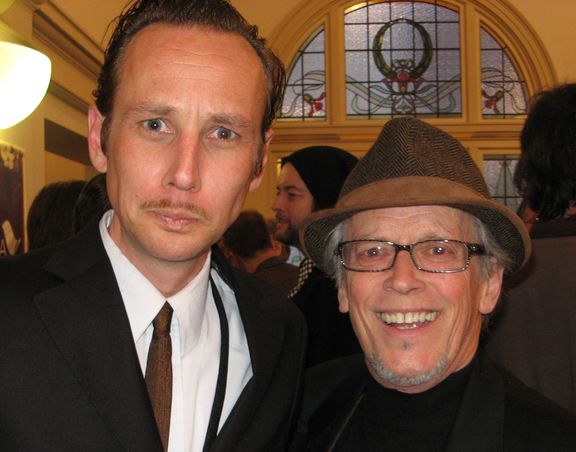 His self-styled image was of a Mr Clean. In his 2011 memoir The Modfather he noted that he had never taken drugs, and when he found groupies hiding in his hotel room he called security. He did, however, smoke cigarettes for many years, which he blamed for his later health issues including a heart attack in 2004, and a stroke in 2007 that left him partially paralysed. He was reported to be terminally ill in In April 2014.

Slight yet larger-than-life, one sensed that from a young age, learning to entertain had been his survival strategy in a frequently hostile world. Musicians who worked with him remember him as a dedicated bandleader who always made a point of crediting his musicians. Those who met him, or even just saw him on stage, will never forget his energy and charisma.