Nadia Reid: live at The Others Way Festival 2016

Nadia Reid, an accomplished songwriter of sad songs performs a live set at The Others Way Festival in Auckland.

It's been a busy couple of years for Port Chalmers born songwriter Nadia Reid. She's toured around Europe and the U.K., Australia and New Zealand, and her 2014 album Listen To Formation, Look For The Signs has been critically praised locally and internationally.

She's also been writing and recording a new album, Preservation due for release March 3rd 2017. “Preservation’ is about the point I started to love myself again. It is about strength, observation and sobriety,” Nadia says. “It’s about when I could see the future again. When the world was good again. When music was realised as my longest standing comfort.” Read an interview with Nadia Reid on The Wireless.

In this set at Auckland festival The Others Way in September 2016 Nadia and guitarist Sam Taylor play a mix of old and new songs to a respectful crowd at Galatos, including her single 'The Arrow and The Aim'. 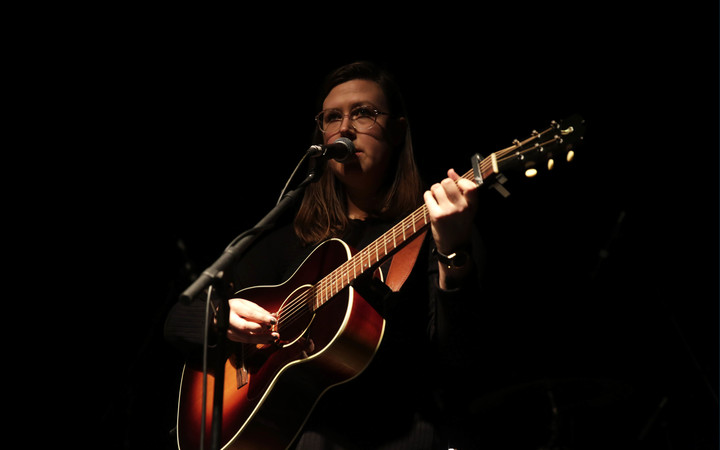 The Arrow & The Aim

All songs written by Nadia Reid, performed by Nadia Reid and Sam Taylor, and recorded/produced by Andre Upston for RNZ Music.