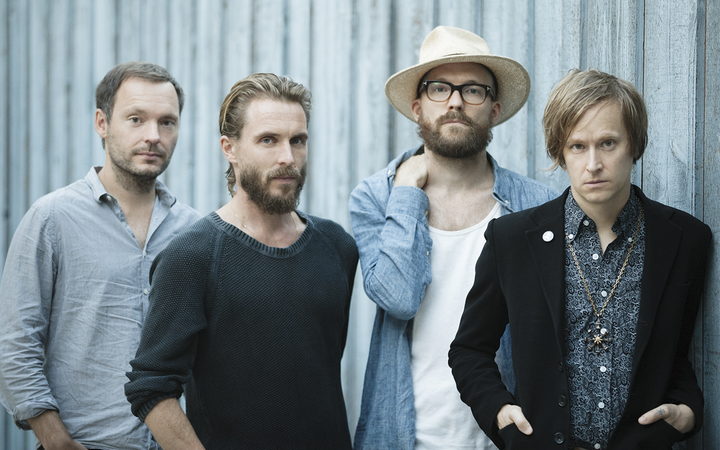 Swedish punk band Refused had a very public break up in 1998, seven years into their career. The documentary that chronicles it is called Refused are F*#king Dead. That’s pretty definitive. However, in 2012 they reformed to tour, and in 2015, released their fourth album Freedom a record so good it made it worth the wait. But if you ask lead singer Dennis Lyxzen if there was a way to have avoided the messy break up, his answer is also pretty definitive:

“It was horrible. We hated each other. We were horrible people to each other and to ourselves. They were all valid reasons and if it happened the same again we would break up again. It was a long break up, 14 years, but hopefully you learn and you forgive and forget and you grow as a person. In the intermission I think we all did some soul searching, we accepted our flaws and our weaknesses and that’s made it much easier.”

Since Refused has reunited everything has been coming up roses. They have another new album on the way, as well as a 2017 Laneway performance, the band’s first visit to New Zealand.

Like the greatest punk bands, Refused have always had a strong political message and that hasn’t changed one little bit over the years.

“It’s pretty crazy this world. I mean, in the nineties, we fought fascists and we fought neo-nazi’s and I thought that was the end of it. I thought we had made it clear to ourselves and everyone that we should not do this. And then twenty years later it’s still kind of the same fight that goes on but it’s even stupider. So it’s pretty disheartening to be an outspoken political band and you look at how the world is and it’s just horrible. But it also motivates you. Because you see what it is and you see how horrible it is and for me I don’t believe that music is going to change the world or overthrow capitalism but I do believe that music and art and culture can be a beacon of light in really dark times and more than ever I believe that we need that, and that I need that now more than ever.”

Dennis, who is incredibly warm, friendly and open, admits that when he was a young anarchist he didn’t really believe in anything, but as he grew up he realised he had a lot of appreciation for his home country of Sweden. He’s also concerned they might be losing the advantages they once had.

“I was against the EU from the beginning because I think anytime you legislate the neo-liberal agenda you’re in for problems. I think the European Union is an idea that promises way more than it can deliver. Sweden used to be this example that many countries admired. But until a year and a half ago we had eight years of a right wing government that dismantled all the social security networks. They dismantled basically all the things that made Sweden wonderful.  So we are kind of in this weird phase. We used to be number three on the list of best countries in the world … now we’re like 25. You see the European Union and it’s a huge concentration of power in Brussels, but it’s not really set up to help people. It’s more just a political and economic powerhouse."