Keeping up with Kimbra

Kimbra drops in to talk about her move to New York, her new tunes, staying inspired and returning to New Zealand to play Rhythm and Vines. 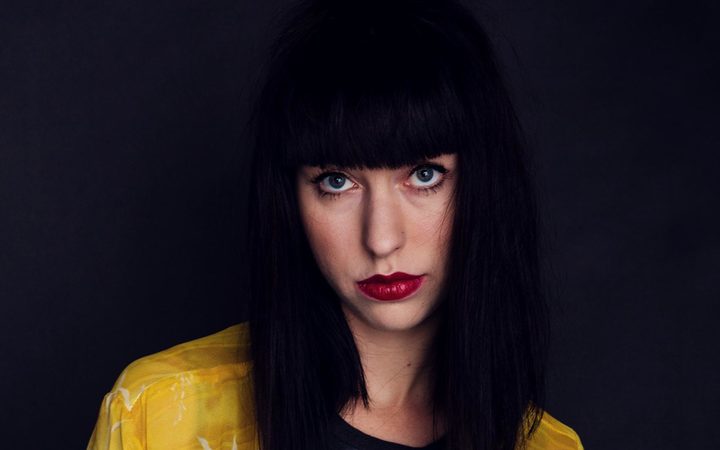 Yes Kimbra has a new single. As always her vocal melodies on 'Sweet Relief' are punchy and on point. The funk groove that wraps them all up is provided by a UK producer she’s been interested in now for a little while. His name is Redinho and she hit him up on twitter - the same way she introduced herself to John Legend, and Big Boi.

That’s how Kimbra rolls. She’s an unabashed fangirl who isn't afraid to wear her heart on her sleeve, and most definitively is always pushing herself to go somewhere musically fresh. It's hard to keep up.

Kimbra is working on her third album and she feels it’s been too long since 2014's The Golden Echo. This is a defining Kimbra characteristic, the work ethic. I remind her that it’s not like she’s had a quiet year.

I count four or five guest spots each on a different sounding tune, and she performed onstage with David Byrne when David Bowie died. When Prince died she performed with his band The Revolution at their tribute.

“It’s been really good to stay busy, and I think all of those experiences are part of informing my next movements with the third album which I’m working on currently.  I’m just trying to keep as many different things growing in the soil so to speak, and it’s exciting to see what grows out of that.”

Her last album was dreamed up on a farm on the fringe of Los Angeles. On the fringe is pretty comfortable territory for Kimbra it would seem. About a year ago though she went entirely against the trend in the music industry and got herself over to New York.

“I did that deliberately. I’ve been right in the core of the music industry for the last few years living in L.A and I think what helps me to create is being slightly removed from that.

"Even though it’s wonderful to be around lots of amazing musicians and the industry can challenge you to work harder, I find it’s nice to be able to just dip into that for a period of time but also then to be able to get away from it and be in a city that’s stimulating but in a different way.”

So now she’s working hard on the new album, and filling any spare time with other musical projects. Questlove, the drummer for The Roots  (as seen on The Tonight Show starring Jimmy Fallon) and acclaimed music producer joined in one of her live jams the other day and said it’s the best jam he’s had in years.

“I’ve been involved in a couple of live instrumentation collectives over here in New York which pretty much consist of getting up on stage with maybe four maybe fourteen musicians and making music on the spot. It could be experimental it could have a pop structure.

"David Byrne was one of the people who came down to see us, a group of us called Exotech. Ahmir Questlove was also super interested in it and we did a residency at Red Bull Music Studios in New York and we had two weeks to jam with anyone who was down, and yeah, Questlove came down and played with us one night, and Sean Lennon. We all jammed for two or three hours straight”

Kimbra fans will be able to see her play at Rhythm and Vines this year, where she promises fans new songs and an exciting show. We would expect nothing less.