Soft Hair, stand-up and the surreal world of Connan Mockasin

Psychedelic-pop crafter Connan Mockasin has a new collaborative album out under the name Soft Hair. It's a soundtrack to a film that hasn't been made yet, about a race of human-lizards living underground. Kirsten Johnstone speaks to Connan about this, and some of his other artistic exploits. 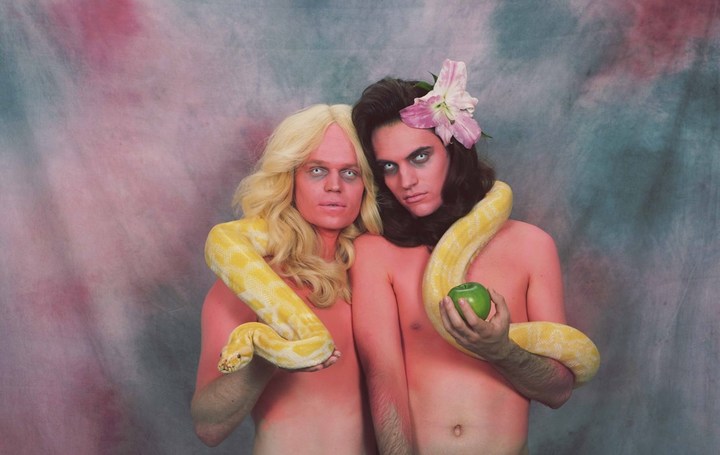 London band Fat White Family recently released a song called ‘I Wanna Be in Connan Mockasin's Band’. Lead songwriter Lias Saoudi wrote it after a SXSW showcase they both played, and says of the song, “He came in and his band were all there and they were getting on with each other.

"With this lot we can’t even look at each other. I was hanging and I was genuinely thinking I’d much rather be in that band than this one!”

It’s easy to see why Connan might inspire songs. There’s something at once mercurial, and oddball about him.

If you follow him on social media, you might have questions about his apparent obsessions with Leonardo DiCaprio, Japanese women, his penchant for dressing up in elaborate costumes, or the frequency with which his accounts are hacked, or simply left open at airports. It’s in turns cute, and creepy. 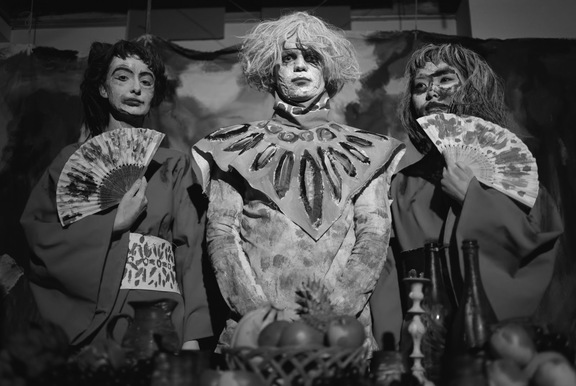 His latest outing is a film soundtrack... only, the film hasn’t been made yet. Conceptualised by Connan and English musician Sam Eastgate (a.k.a. L.A. Priest, ex Late Of The Pier) it’s about a lounge of lizards who get an immune-deficiency virus and become human-like.

They live under a humid city "kind of like Miami" Connan says.

It was recorded about six years ago, and it might never have been released, but the musicians' friends kept bugging them about it.

They have no plans to tour, though they’re both living in California. The music is woozy, surrealist, and fun. It doesn’t take itself too seriously. Just like its creators.

Mockasin mythology has always been strong. Named for his ability to string together old motorbike tyres and sheepskin into stylish footwear, Connan And The Mockasins became a fixture on the NZ indie circuit in the mid-2000s.

Band leader – real name Connan Hosford – was lauded for his virtuoso psych/blues guitar solos and his cheeky songs performed in childlike falsetto. Back then he looked like a cherub, with his diminutive stature, cute button nose, and halo of white-blonde hair. 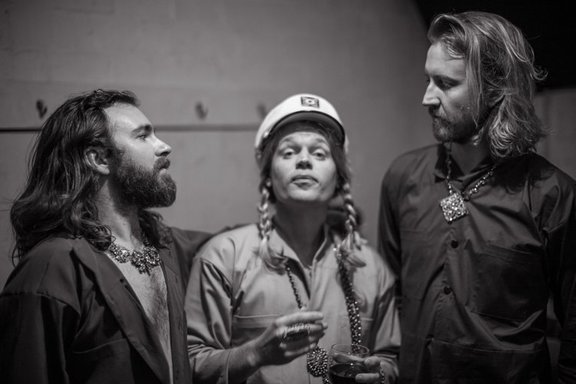 He would often leave his double bassist and drummer Ross Walker and Seamus Ebbs on stage and wade into the crowd for his long psychedelic guitar solos, emulating his hero Jimi Hendrix, playing behind his back and sometimes with his teeth.

Connan And The Mockasins' second EP – 2006’s Uuu It’s Teasy was aptly titled – it teased us with five songs that hinted of big things to come.

The band left New Zealand pretty soon after Uuu It’s Teasy was released and headed for London. They told RNZ later that year about the experience of landing without money or accommodation, spending the first night or two sleeping under a bridge.

They soon found their feet though, finding a two bedroom flat wedged between a train station and a bustling market. It was loud and crowded. They started to get gigs, and interest in them spread through the music community.

The NME namechecked them as ones to watch, they were played on BBC Radio One and MTV UK, and had record labels propositioning them.

They also made an unlikely ally in Norman Cook – better known as Fatboy Slim. Hosford’s aunt was working as a nanny for Cook’s children, and slipped a Connan and the Mockasins CD into his listening pile.

Cook was quite taken with them, and called Hosford, inviting the band to workshop in his studio for a few days.

“He wants us to be his toyband” joked drummer Seamus Ebb to RNZ.

Connan has made a habit of these fortuitous connections. Since releasing his solo debut Forever Dolphin Love in 2010, he’s gone on to write and tour with songwriter and actor Charlotte Gainsbourg (daughter of Serge and Jane Birkin); he’s been handpicked by both Radiohead and Crowded House as a warm-up act on international tours; he's released an EP with Dev Hynes (Blood Orange) and shared passionate moments on stage with influential indie artist Mac DeMarco.

Now based in L.A. (He met a girl, he tells me), Connan has recently been in the studio with electro-pop band MGMT (who are in the midst of mixing a new album), English electro-soul musician James Blake, and world-weary new-gen conscious rapper Vince Staples.

He seems to have become a sort of magic wand for musicians wanting a little of his psychedelic sparkle in their recordings.

He’s also been performing stand-up comedy. Connan’s friend and fellow musician Liam Finn gets on the phone with me, to report on the most recent performance at respected L.A. comedy club and music venue Cargo.

“Connan got up, unannounced with one joke, which took him through about half an hour of a pretty impressive routine. This is a new style of comedy, half improvised, half conceptual.”