The Last Waltz Down Under 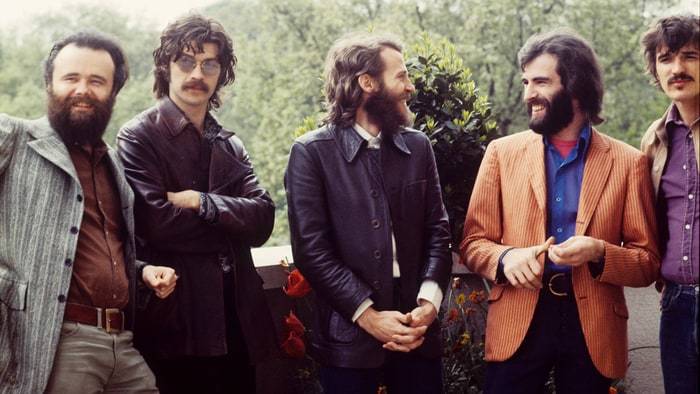 It is 40 years since The Last Waltz – the famous farewell concert of The Band.  The anniversary is getting its biggest celebration in New Zealand. 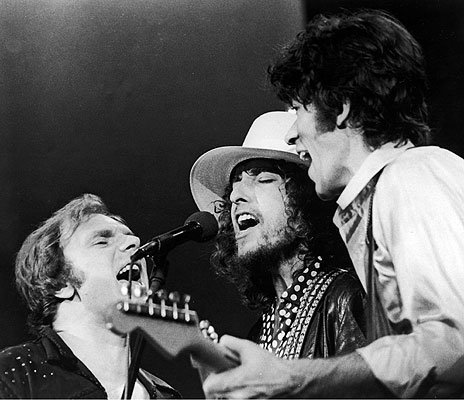 The Band - four Canadian rockers and an Arkansas drummer - were present at some of the defining moments in rock mythology. When Bob Dylan was booed for going electric, they were there providing the electricity. Later, in the basement of a semi-rural dwelling in upstate New York, they accompanied Dylan again on the infamous Basement Tapes, while laying the groundwork for their own influential debut, Music From Big Pink.

It’s now 40 years since The Band played their best remembered concert: a lavish event held on Thanksgiving in a San Francisco ballroom. It was billed as The Last Waltz – The Band’s farewell to the stage - and was immortalised in the Martin Scorsese film of the same name.

The concert was not just a swansong for The Band, but a showcase some of their most significant peers, including Van Morrison, Neil Young, Joni Mitchell, Muddy Waters, Eric Clapton, and of course Dylan. Aided by the film, the event has become emblematic of that era.

To mark its 40th anniversary, a bunch of New Zealand musicians are getting together to perform their own version of The Last Waltz. Names like Barry Saunders, Tami Neilson, Delaney Davidson, Adam McGrath of The Eastern, guitar hero Kevin Borich and local roots-rock supergroup The Bads will be paying homage to that famous farewell, at theatre shows in Auckland, Wellington and Christchurch.

And they will be joined by a couple of authentic veterans of the original Last Waltz: John Simon, the Band’s producer who was musical director that night in San Francisco, and Garth Hudson, the Band’s virtuoso keyboard player and one of only two members of The Band still alive today.

Concert producer Simone Williams says: “Personally I’ve loved The Last Waltz for years and years and it’s something I’ve always wanted to do.This year, with it being the 40th anniversary, it was like, ‘it has to happen’. We had a list of artists that we wanted to approach and then we thought, ‘Well, what would make this really special? What have we got to lose? Why don’t we put out feelers and send something off to Garth Hudson to consider?’

“And I’d been talking with Paddy Millner -  a great blues pianist who has worked with Van Morrison and tours with Van Morrison – and he said, ‘You’ve got to speak with John Simon, the original music director from The Last Waltz, he’s a great guy’. And it was just amazing. They came back and said, ‘Look, this actually sounds really, really great.’”

Says Simon: “Once I reaised that this was a bona fide request and not some stoner on his couch saying ‘Hey, wouldn’t that be a great idea?’ I checked it out, and it was such a challenging and interesting and exciting way to do it, I said, ‘You bet!’”

Tami Neilson, who will be singing in the concerts, was recently in her native Canada, where a radio deejay boasted to her that Canada would be mounting a Last Waltz tribute.

“‘Oh really?’ I said, ‘So are we, we’re doing it in New Zealand’, and all of a sudden he glared at me with these kind of evil eyes and said: ‘You’re the ones that stole Garth Hudson!’”

Lyttelton troubadour Delaney Davidson is glad to be part of a project that carries such a strong sense of tradition. “The Band is one of those things, you can’t believe it wasn’t always there. It’s part of the fabric of the music we know so well.”

And yet he acknowledges that for some people it’s a question of “’The Band? Which band’s that?’ I’m amazed how many people never even heard of them, who like that sort of music.”

With the current resurgence of Americana and roots music, what better time for anyone who hasn’t heard of The Band to get acquainted with the music of Americana’s founding fathers?

Artist: The Band
Songs: Up On Cripple Creek, The Night They Drove Old Dixie Down, The Weight
Comp: Robertson
Song: Life Is A Carnival
Comp: Robertson/Danko/Helm
Song: I Shall Be Released
Comp: Dylan
Album: The Last Waltz
Label: Warners