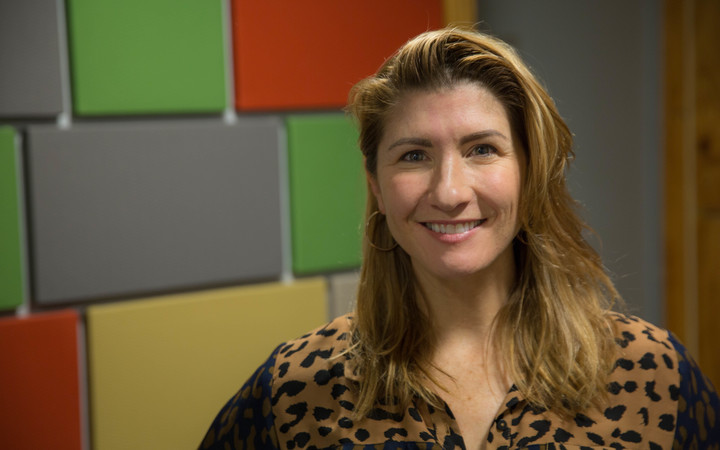 Life comes down to what Tali refers to as a series of ‘yeah-nah’ moments. Those moments where you know opportunity is knocking and you want to say yes, but there’s a voice inside you that says “no, don’t do it, don’t put yourself out there”.

These moments shape our lives and have certainly shaped Tali’s, like that time she introduced herself to drum and bass pioneer Roni Size.

“Roni Size opened many doors for me and to this day I’m incredibly grateful for everything he and his crew and his record label gave to me. Roni was one of my heroes, and one of the people I really looked up to and his record label was the record label that I wanted to be associated with because of the type of drum and bass they were producing, it was very vocal and very soul driven and had the same elements in it that had initially drawn me to hip hop.

"It was always my intention that I was going to go to the U.K. and find Roni and Full Cycle and just knock on his door and be like ‘Yo – you should sign me’, but as luck had it I was living in Melbourne and the universe conspired to bring him to Melbourne. He played a show, I was lucky enough to have backstage tickets, we were at the after party and I fought my way through the crowd of people around him and got his attention and told him who I was and what I did and he asked me to MC for him right there on the spot. And I had one of those 'yeah/nah' moments where you’re like ‘yeah should I do it?’ and then you’re like ‘nah, maybe I shouldn’t’ because I was worried about what other people might think. New Zealanders in particular have this terrible mentality where we think we shouldn’t put ourselves forward because it’s bad to be deemed as too ambitious or too passionate unless you’re an All Black. So I had this yeah/nah moment where I was almost like nah I shouldn’t do it and then this voice inside said ‘just do it’. And I just spat some rhymes in his ear, and I broke into song to show him that I could also sing and I spent the next 24 hours with his whole crew partying and they grilled me on all things drum and bass because they wanted to make sure that I had follow through. Three months later I moved to the UK and signed to their record label”

Tali’s ambition and artistic drive to continually surprise and push herself has seen her go from being fully immersed in the world of drum and bass, to starting jazz/hip hop fusion bands in London, to writing music and lyrics for political West End musicals. After five albums, her new EP is a celebration of both her influences, and inspirations.

“I grew up in Christchurch in the nineties, and when I say grew up I don’t mean that's where I come from but that’s where I came into myself as a person and discovered my passions and where I wanted to go with my life. 'Birth of a Break' - the first song on my new EP - is basically about the Christchurch rave scene back in the nineties, when I was fresh out of university and just discovering this type of music, this scene - this community - effectively. We were on the cusp of something great happening which was rave culture and it was completely different to anything that had happened in New Zealand before. You'd liken it to the development of punk during that era, in that it had its own fashion its own magazines and its own radio shows, leaders and heroes in it.”

Early on in her career Tali felt that being a woman in a male dominated industry, it wasn’t enough for her to be good, she felt she always had to be great. And she draws inspiration from other women who are breaking through barriers.  ‘Hey Simone’ is a song about two American athletes both called Simone who made an impact on Tali during the Rio games. “One of them is the first black female to ever win a gold women swimming, and so when I saw her achieve that I was like – yeah this is awesome imagine how many little girls must be watching TV around the world going 'I could do that'. And the other one was Simone Biles a gymnast who is changing the face of gym because for many years that sport has been dominated by very slender very light mostly eastern European girls and over the last few years Simone and many of her peers are changing gym, they’re winning gold medals based on strength and power and I was just really inspired by them. I thought, I’m going to write a song about these two Simones. Just women doing amazing things, regardless of their race they’re women doing amazing things, and that’s what I’m all about.”