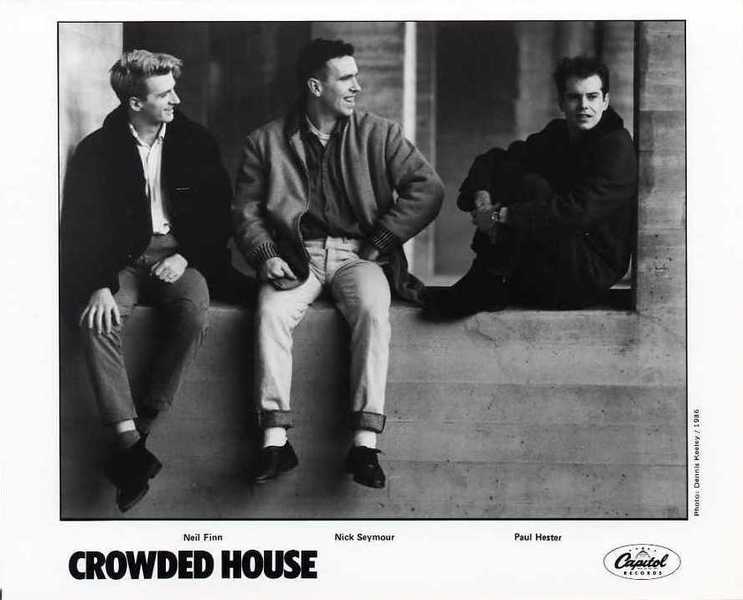 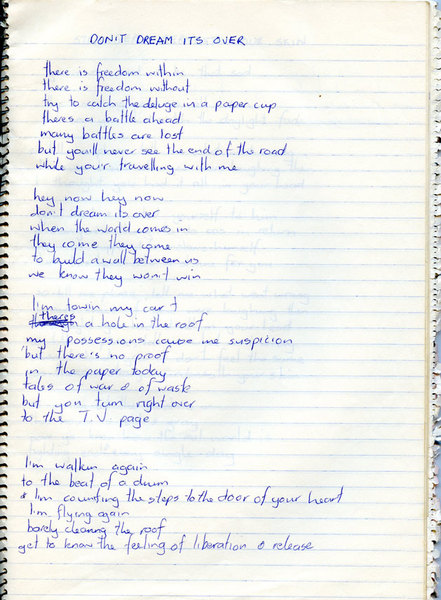 Lyric sheet to Don't Dream It's Over 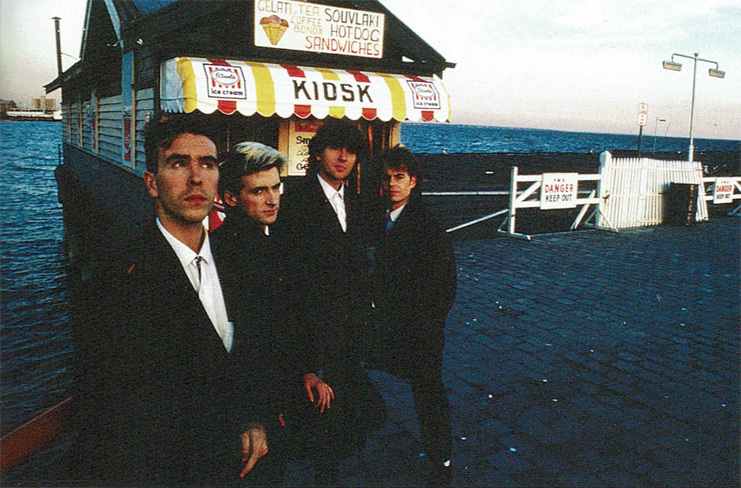 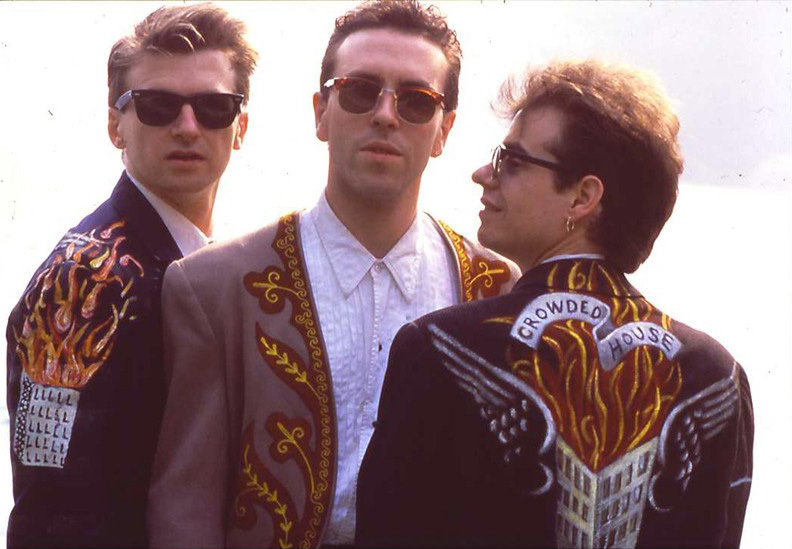 Crowded House in their jackets 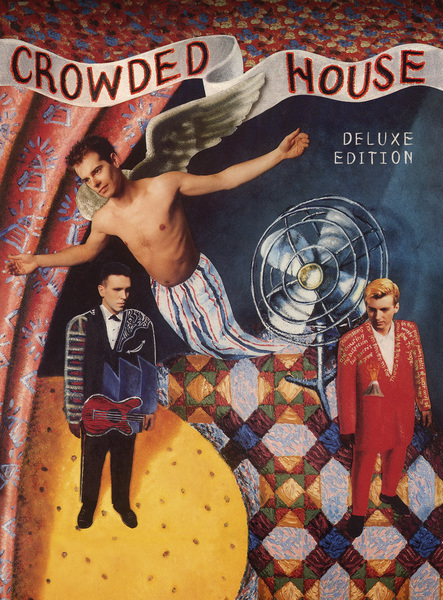 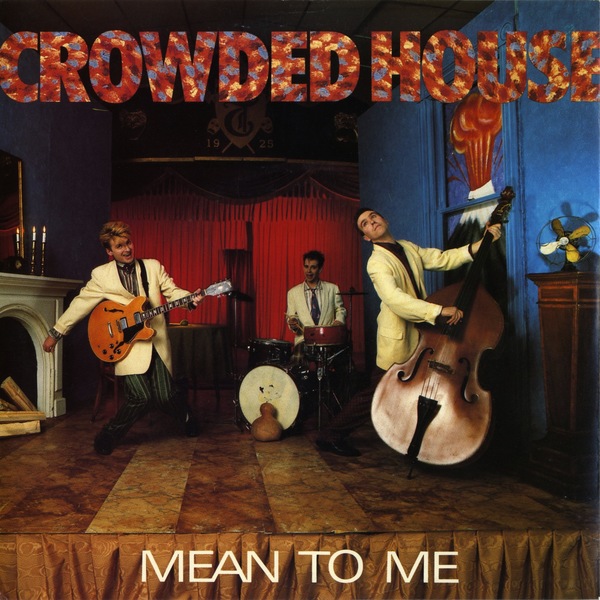 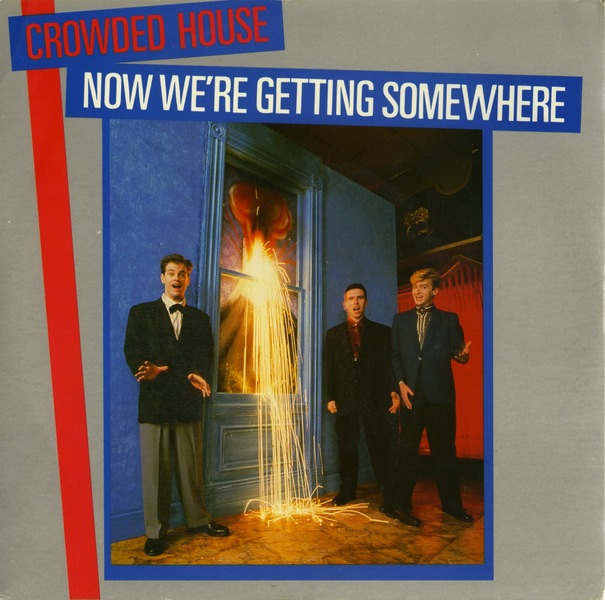 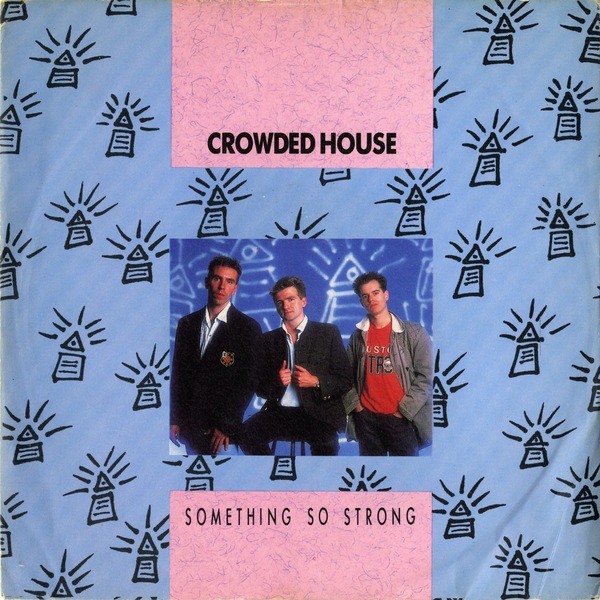 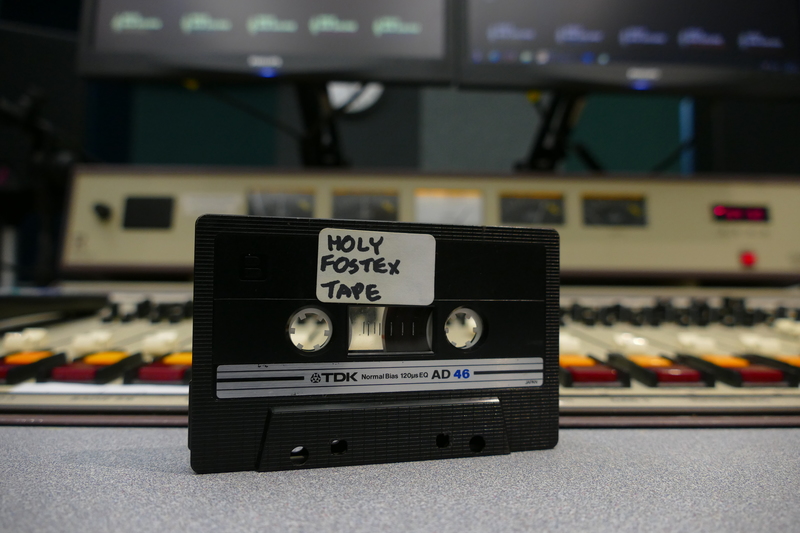 Thirty years after the release of their debut album, seven Crowded House albums were re-issued in November 2016 to celebrate the band's 30th Anniversary.

In part one of their discussion about Crowded House’s debut eponymous album, Jeremy and Neil are joined by co-founder Nick Seymour via Skype to talk about the evolution of the songs, from the Melbourne home demos to the Los Angeles studio sessions with producer Mitchell Froom.

Something So Strong (Demos)

Neil: "I did that on a four track Tascam recorder. It's all airy-fairy and twelve stringy. It's a little bit Greensleevesy. I followed it up by another [version] in London, when Paul and I were trying to shop our wares to prospective A+R people. It's completely different, both of them, from the end version that Mitchell Froom had his way with. He put an R+B Bassline to it."

Hole In The River (Studio demos)

Neil: "[Paul Hester] fancied himself as a bit of a rapper. In fact he was the start. Before Grandmaster Flash wasn't he?"

Nick: "I remember going into a rehearsal room and having no idea what I was going to play, and I was slightly freaking out. And so I made this suggestion about doing the verses on a ride symbol, similar to a Doors feel, it's mildly psychedelic. I could live in that space long enough to think 'oh, I'm getting away with this'.

Love You Til The Day I Die (Demo)

Neil: "That one started as a little mandolin ballad, and ended up as the heaviest song on the first album."

Nick: "I remember thinking that it was about the 'End Of Split Enz' party that I gatecrashed, and talked to you about joining your new band, while you were very drunk."

Neil: "Yeah, after I'd had about twelve tequila slammers. Sharon abandoned me, knowing that it was going to be messy. That was the night I crawled up to the bed and I said 'I think I'm going to die' and she said 'I think you'll die alone' and kicked me out."

Don't Dream It's Over (Home Demo)

Neil: "It's a pretty good demo. I used a matchbox as a snare drum."

Nick: "You sang it into a lapel mic, sellotaped to an antenna. And you sang really gently into this microphone. Were you hitting the matchbox with something? Or did you rap it on the table?"

Hear more stories behind the songs by pushing play on Part One above, and Part Two here: