WOMAD 2017, Worlds of Music and Dance 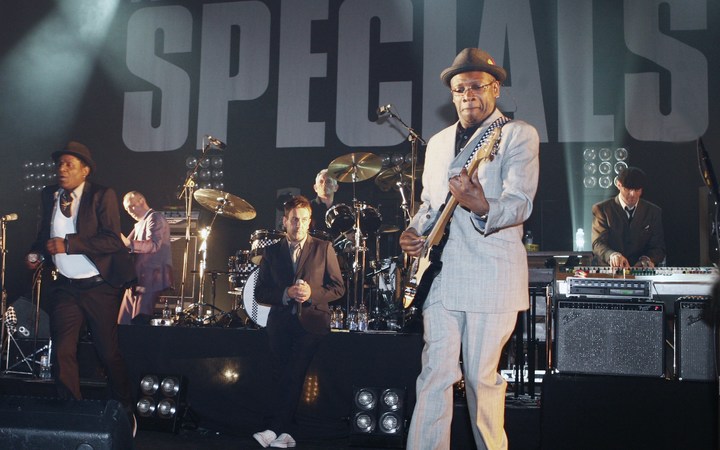 The line-up for Womad 2017 once again promises to be a diverse and eclectic line up.

WOMAD was started by Peter Gabriel in 1980, motivated not only by his passion for music but equally for his compassion of multi-cultural values and a staunch intolerance of racial difference.

The first festival was in 1982 and since then its annual event has grown and migrated to over 27 countries all around the world. It first appeared as a biennial event in Auckland in 1997. It ran there until 2003, when it was successfully relocated to New Plymouth, where it is celebrating its 13th year, and has proven to be an incredible cultural and financial success for Taranaki.

The Womad Festival at the scenic Bowl of Brooklands can host 15,000 people per day.  There are six stages, workshops, cooking demonstrations, a kids zone and it all runs like a well-oiled machine. It is bucket list material - everyone should attend at least one Womad Festival. There really is no other festival brand like it that can appeal to such a cross section of ages.

Womad is a Festival of discovery. It’s often a case of expect the unexpected as much as it is a festival where music has no borders and no prejudice.

Heading to Brooklands Park, New Plymouth this year is an amazing and eclectic array of musicians who perfectly compliment the essence of what Womad is all about - music, dance, culture, costume and cuisine. It all makes for a mesmerizing-musical potpourri.

So, who’s coming? Here’s a brief run-down of just some of the bands that should receive special mention and attention:

The Specials, influenced by ska pioneered by the likes of the late Prince Buster, spearheaded the 2 Tone movement in the UK. They were a staunch multi-racial band in an era that was divided by the National Front and racial intolerance. They have endured a number of line-up changes over the years but their back catalogue of hit singles endure – songs like Message to You Rudy, Rat Race, Too Much Too Young, and Ghost Town are perennials.

Welsh band 9Bach are signed to Peter Gabriel’s Real World label and in a short time have received accolades for not only writing and singing in Welsh, folk music with a difference, they also won the BBC Radio 2 Folk Award for Best Album in 2015. They embrace something very old, ancient, buried, hidden and almost forgotten. I think they will win over a new audience here in Aotearoa.

Aboriginal singer songwriter Archie Roach is one of Australia’s most treasured performers. He was also of the Stolen Generations who was forcibly removed from his family and pushed into orphanages. He’s been through hard times – alcohol and despair – and it has to be said that Paul Kelly deserves a special mention for giving him a break playing supports. Archie Roach is very special.

Aziza Brahim is a singer from the disputed territory of Western Sahara, and brings her unique Desert Blues. It’s a genre that has been well received in past Womad festivals, but it’s the first time we have seen a female working the genre.

Grammy-nominee Bebel Gilberto, the daughter of renowned singer João Gilberto, has forged her own distinctive, laidback style of bossa nova. Her chilled out sound is something the Womad audience are sure to adore. 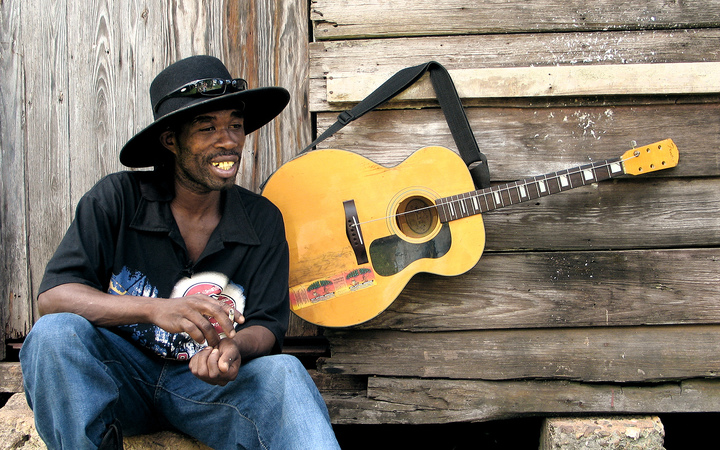 Brushy One String: The King of the one String. In the past we’ve seen a collection of artists who have played an instrument with just one string, but Brushy promises to be special. His plucking is ingenious but it’s his voice and songs that sets him apart. He’s going to be hugely entertaining, and will be a hit at Womad. Check out a cool clip of his, [My Home in JAMAICA https://www.youtube.com/watch?v=osKf6eyB7Y8]

Among the few local recording artists to have survived the Vietnam War, the Hanoi Masters deal with the conflict’s aftermath. It’s always mesmerizing to hear instruments and sounds that seem be the product of centuries of innovation as well as reminding us of the horror that some of these artists have endured.

Inna Modja It’s incredible just what a rich musical culture like Mali has produced over the years. Discovered and encouraged by Malian super star Salif Keita, the multi-talented Inna Modja is carving out a unique path mixing desert blues, electronica and hip-hop with hard-hitting lyrics. She’s also appearing at the new Womad stage called the World of Words.

With a falsetto voice drifting over driving beats and layered synth lines, the compelling sound of Sinkane (Sudan/USA) defines Ahmed Gallab’s journey from a childhood in London and Sudan to Brooklyn. He embraces Afrobeat, pop and soul grooves. An absolutely brilliant man, his sounds are like the music of the Tuareg﻿ that has been modified for urban living.

Warsaw Village Band: Formed in 1998, this wild and adventurous seven-piece group proudly embraces Polish folk traditions, but with a thrilling and raw edge. Using old instruments rarely heard in modern music, their energy and folk traditions are going to be hard to resist. 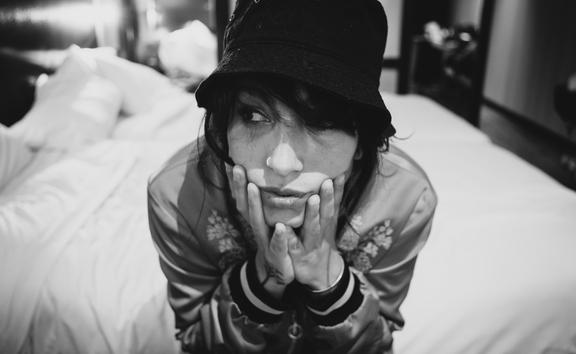 ANA TIJOUX who was born in France after her parents were exiled during the military dictatorship in their native Chile, in 1973. The dictatorship was headed by a military junta presided by General Augusto Pinochet until 1990. Tijoux became a household name in Chile with her first band, the critically-acclaimed late 90's rap trio Makiza. Since going solo her career has grown to a new level based on her fusion that captures where the street meets tradition - tough yet tender, political yet celebratory. One suspects ANA TIJOUX will be a sensation.

Hot 8 Brass Band from the USA is for funk lovers. As is common among some more modern groups, the Hot 8 Brass Band have embraced a sound that reflect the funk sound that has been influenced by bands like the Dirty Dozen and Rebirth, with more elements of contemporary R&B and rap added to their repertoire. They can hardly fail to impress!

As far as local acts go, a quick mention includes Wellington producer and multi-instrumentalist Lord Echo (aka Mike Fabulous) at the control.

Out of their teenage bedrooms, Mt Eden is now working with some of the biggest artists and producers in the game.

Multi award winning Māori musician Rob Ruha's unique style of music is an eclectic mix of soul-roots-reggae-integrity. I hope he brings Maisey Rika with him – she’s a star, that wahine.

With their unique fusion of rock, dub, R&B, and with the foundation of reggae, Sons of Zion are road warriors who have a staunch following and a tight sound. A great band.

A new stage has been announced this year called The World of Words. This is going to be a wonderful innovation where people can hear writers and musicians like Archie Roach and activists like Inna Modja tell their life stories, as well as Sam Hunt, who really is such a mercurial and special New Zealander who knows how to take poetry from the printed page and capture and entertain – an incredibly special man.

Taranaki’s cultural landscape has grwon each year over the 13 festivals staged in New Plymouth. The diversity and richness of Womad has brought the world to New Plymouth and every artist who has played the Bowl takes that memory of Aotearoa back home with them. The Bowl of Brooklands is really that special.