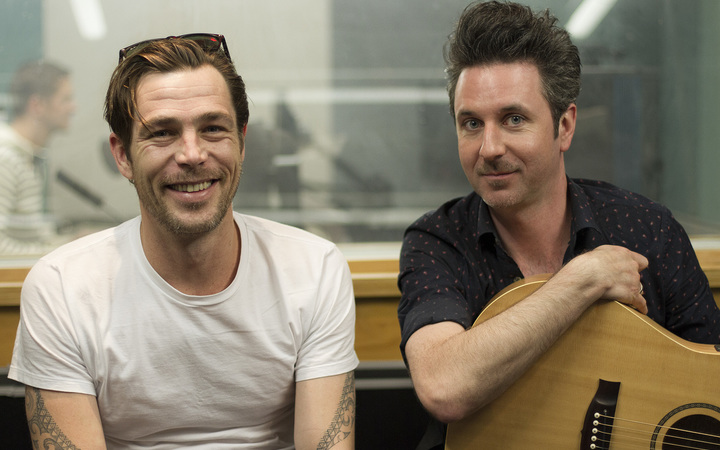 Mike Noga has come forward. He used to be behind the drum kit of Australian band The Drones, on his first solo album he was playing guitar, and for King he's let go completely and has completed the full transformation into rock and roll frontman.

“I play guitar like a drummer, just beat it with my fists and hope for the best so I thought for the new album I’m actually just a front man, no guitar, no nothing, just me out the front with a microphone in front of a band. It’s terrifying. The first few gigs I gripped the microphone stand and squeezed it to death I was too afraid to let go, but you gotta boogie, you gotta get out there and boogie.”

His new album King, is a concept record.

“The album itself is very loosely based on an old German play called Woyzeck which was written by Georg Büchner in the 1830’s. I won’t go into it but it’s a very macabre tale of one man’s descent into madness and jealousy and murder.  I decided to take that and transpose it to late 1950’s small town Australia so my version of events is about a couple called Jack and Mary. I mean you hear this everyday right?”