Jayson Norris: Puha and Crays in the U.K. 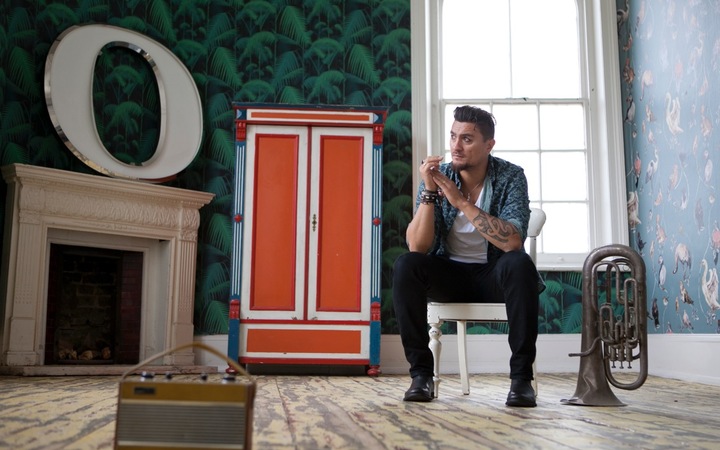 New Zealand singer-songwriter Jayson Norris has been writing and releasing music for twenty years, and has toured relentlessly, collaborating with the likes of Fly My Pretties and Tiki Taane.

His latest EP Eroded, was made purely for his own pleasure.

Jayson, who grew up close to Kaitaia has been living in England since 2003 with his wife and family.

"I'm lucky enough to have constant work in music which enables me to support my family and put some food on the table. I travel a lot which can be a downside, it's quite anti-social, but at the end of the day I'm doing what I want to do. It can get a bit monotonous or stressful sometimes, but you look around you and realise that it's pretty cool, and so I stay grateful. "

Surprisingly the English lifestyle hasn't been too suffocating for Jayson and his family, since he moved to the countryside.

"I was in London for about ten years, we moved out about three years ago and we're now in a tiny village about sixty miles out of London.  It's absolutely beautiful, it's like living in the countryside of New Zealand.  I have a church and a pub and that's it.  Nearest shop is five miles away, there are no street lights where I live, my pub is literally twenty steps to my left.  Seriously, I have Puha growing in the fields around here and I pick it with the kids because no one knows what it is.  We go foraging - we just had blackberries this summer, wild plums and Damsens. It's not very rock and roll, but it's the sort of stuff I grew up on.  We go looking for mushrooms, I even bought some crayfish traps ‘cause they have a crayfish that’s been introduced from America called the Red Signal crayfish and it's basically destroying the natural habitat of Englands waterways. So they want you to get rid of it and people don't even know about it, I've caught hundreds."

The EP eroded is out Monday October 17 on via Aeroplane music.