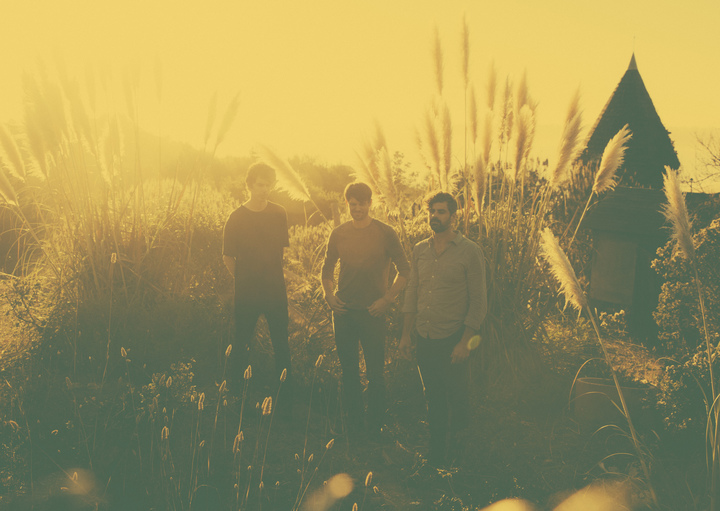 Scott Hansen of Tycho feels that their latest album Epoch completes a journey he began on Dive (2011) and then continued on Awake (2014).

“The trilogy could be interpreted one of a few ways, for me I see it as finding a logical end and pursued this concept that I’ve been driving toward since Dive to the point where I’m satisfied. I feel like I’ve expressed it fully.

When Dive came out Tycho expanded from a Scott's solo project to a three piece, and combined colourful visuals to bring the live experience to maximum effect. Aurally, Tycho are easily comparable to Boards of Canada and Ulrich Schnauss, but the live visuals are just as important to Scott, who studied design. They wear white on stage to ensure they blend in with the projected images.

“I’ve been a visual artist longer than I’ve been a musician and I worked as a graphic designer most of my adult life so that’s a huge part of how I express the vision is through visual elements. It’s almost like a cinematic type thing that we’re trying to do, there are tightly designed visuals that go along with the music the whole time.”

The band are on their way to New Zealand for Laneway 2017 and Epoch, which has only just been released is a surprise to fans and record labels alike.

“That was the beauty of it. We finished it about thirty days before it came out. There wasn’t really much time to spend sitting on it. That was my main goal - I wanted it to be out as soon as possible after it was finished so that there was this direct connection between our experience with the music and us creating it and fans consuming it. I think to keep those two things as close together as you can is important and it’s something I’ve always wanted to experiment with.”

Tycho play Laneway Festival in January and Epoch is out now.

Those interested in the symmetry behind the artwork can read more about Scott’s images here.