Graeme James: lessons from the street

Busking is the hard and fast way to learn your trade as a musician. After four years playing the streets Graeme James has just released his debut album News from Nowhere.

Graeme James has spent the last four years of his life working as a full-time musician but is only now about to release his first album of original songs.

Working as a busker has honed Graeme's skills in live performance, and his debut News from Nowhere weaves the many instruments he is fluent in with personal stories and intimate melodies.

“I started busking with a loop station, but I was a violinist from a young age and so the loop station allows me to use guitar, violin, bass and all those kind of things so I was doing that right from the beginning.

"Those early shows were very loose. Not just me, the audience as well on Cuba St. But it’s great if you can stop people on the street, people that weren’t planning on stopping, it’s a good proving ground," James says.

"I also did a lot of busking also in Queenstown on the waterfront there. I would set up under one particular street lamp and it was an amazing time. I basically lived in my car in Queenstown for about a month; it was very urban/hunter-gatherer. I ended up pulling really big crowds some nights, two three hundred people sometimes.

"Often by the end of the evening, it would turn into a street party and we’d have to try and avoid the police. A police car would drive by and I’d tell everyone to shhh and crouch down and they would … it was just fantastic.” 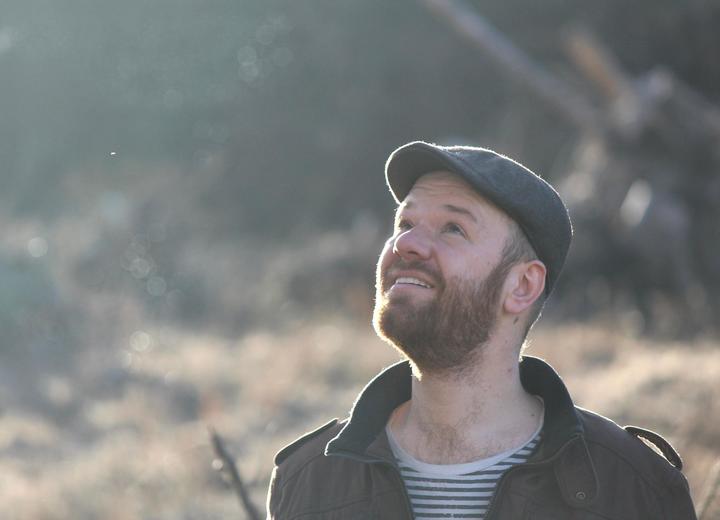 Like a stand-up comedian, performing as a busker yields instantaneous feedback both good and bad and there are many lessons to be learned from falling flat when it happens.

“The first thing you do is learn. I’m pretty good at picking those moments these days. As a performer, you make the weather in the room. You have to own that and say to yourself ‘I am in charge of this situation’, these people have come expecting a certain thing and if I shrink inside myself at that point in time then the gig is lost.

"I’ve done six or seven hundred gigs in the last four years, and I used to be terrible. It took a year or so to get some performance chops in that regard.”

Skills you learn on the street don’t necessarily translate to skills needed in the studio, and Graeme has a soft, almost gentle singing voice. His debut album is his first chance to express some of the music he thinks suits the home speakers, rather than a small amplifier on Cuba Street.

“There are a few things that don’t work busking. By and large playing your own songs doesn’t work so you want to play interesting versions of other peoples songs. Unless you are the world’s best songwriter and you’re not writing sad songs. Don’t play sad songs on the street because you want people to give you money.

This album is easily the most intimate thing that I’ve done. In live busking there’s a lot of context where a soft song can either be the best moment of your set or the moment where you lose everybody. In a lot of ways this album has a couple of those moments where if you weren’t paying attention before, you definitely won’t be now. At the same time, they can be really powerful moments if people are engaged with it.”