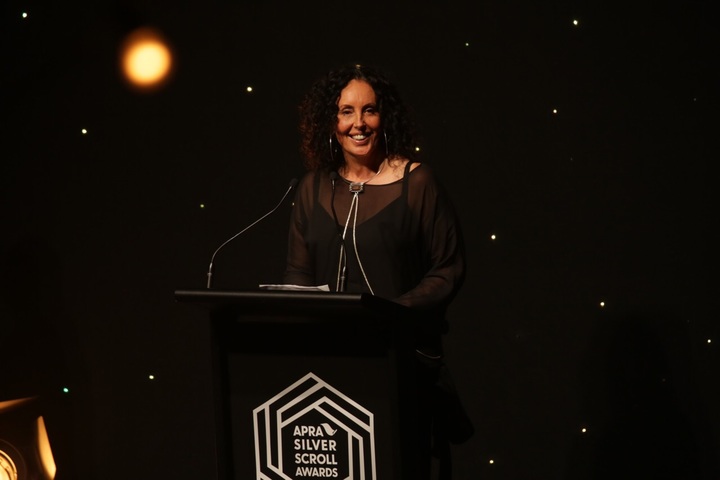 Moana Maniapoto has known for a week about the honour.

“I’ve been hugely nervous. I don’t think I slept last night. I’m really honoured to accept on behalf of a whole bunch of people.

“I was so nervous coming here and I didn’t sleep. And I walk in here and it kind of feels like whanau.”

On the diversity of Māori music she say: There’s something that fits every format.”

Hopes to use music and karakea to help teach Māori language.

“I’m probably as insecure as the next person, which is one of the reasons why I was reluctant to accept this.”

In response to bad reviews:

“In the end I think, stuff you, who cares what you think? It’s not about you, and it’s bigger than me… I’m doing it to satisfy myself and whoever responds to my music.”