The 2016 APRA Maioha Award, for excellence in Māori composition featuring Te Reo, has been won by Rob Ruha for his song ‘Kariri’. Ruha’s waiata offers a history lesson, in both its words and music. It retells the story of the 1864 Battle of Gate Pa (Pukehinahina) - arguably the most important battle of the New Zealand Wars - from the perspective of the families, hapū and iwi that stood against the Crown and its allied Māori forces. 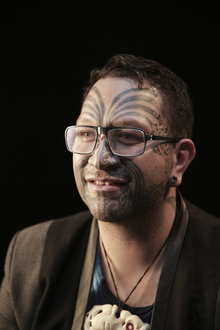 Melodically, the song references Māori music of the era, following a traditional mōteatea style of chanting and phrasing. For Ruha’s recording of the song, these elements were brought powerfully into the present with a bold modern production by Tiki Taane.

Another previous recipient of the Maioha Award, Mahuia Bridgman-Cooper, and an earlier Silver Scroll finalist Tama Waipara, won this year’s Best Original Music in a Feature Film Award for their score for the film Mahana. Directed by Lee Tamahori –his first film made on local soil since 1994’s Once Were Warriors – the film employed a lush orchestral soundtrack with a recognisably New Zealand flavour.

Bridgman-Cooper previously won the Maioha Award in 2013, along with Maisey Rika and Te Kahautu Maxwell for the song ‘Ruaimoko’. That year Waipara was a Silver Scroll Award finalist for his song ‘Medicine Man’.

This year’s Best Original Music in a Television Series Award was won by Karl Steven, with his soundtrack to the New Zealand-Australian drama series 800 Words. Steven made his name in the 1990s as co-lead singer of platinum-selling band Supergroove. After a break from music, during which time he completed a PhD in Ancient Greek and Roman Philosophy at Trinity College Cambridge, he began composing for film and television. His score for the police drama Harry was an APRA award finalist in 2014.