Guitarist for Lamb of God Mark Morton speaks to Alex Behan about creative satisfaction, young metal bands and swinging towards Hillary Clinton in his home town of Richmond, Virginia. 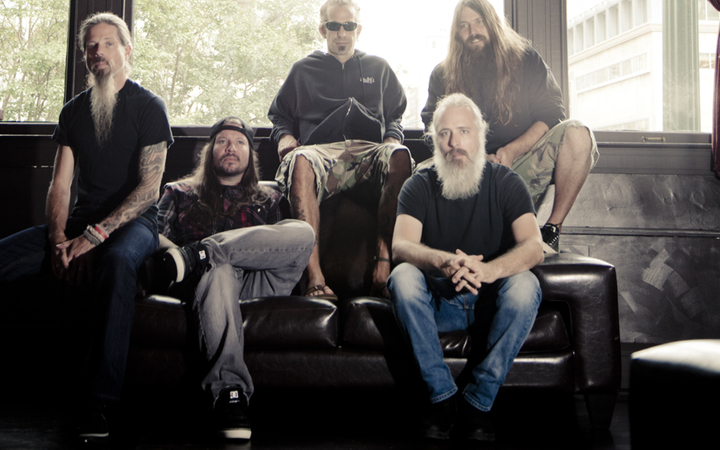 There are dozens of metal bands that have careers spanning two decades or more whose lifelong fan bases turn up album after album, tour after tour.  Lamb of God are one of those bands.  Slaying audiences since 1994 with eight albums, two million sold and two Grammy nominations (they lost out to Judas Priest and Iron Maiden).  But guitarist Mark Morton doesn’t use record sales to measure success these days.

“One of the things I’m most proud of and still focus on the most is being creatively satisfied.  Breaking new ground with each successive album and still feeling like we have something relevant to say musically.  So for us the accolades and the Grammy nominations and the billboards charts and the sales are something we are grateful for. It’s nice to see those things as a sign that things are going well business-wise and that people are connecting with our music but for us we feel most proud when we’ve done well creatively and that we’re all on the same page”.

They have toured with Slipknot several times over the last twenty years but Mark says backstage antics are much less rock and roll than some might expect saying they leave all the energy on stage.  They also don’t worry too much about the young bands nipping at their heels.