Auckland poet and rapper Tourettes says he regrets the choice of his stage name “every single day”. The 39 year old is a youth mentor for Ngā Rangatahi Toa, teaches a writing course, has a novel nearly ready to publish, and is getting writing residencies and gigs overseas. Dominic Hoey has hit his stride.

Coming from a politically active family, young Dominic was taken to protests, politics were discussed around the dinner table, and punk poet Patti Smith played on the stereo, along with The Velvet Underground and a lot of soul music. He got into hip-hop, but also punk, with its anarchistic ideals. They’re influences that have stayed with him – “to my detriment, I think when I feel like, maybe I should have taken that job, or done that ad or something”. 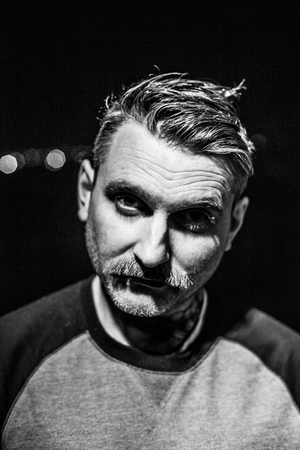 He’s suffered for his art. Ten years ago he got scurvy, the result of a diet of not much more than a gloopy mix of flour and water, fried in oil, and topped with a mix of alcohol and drugs. “I was on the dole. Most of my money went on rent, and I was shop-lifting my food. I guess I just didn’t understand nutrition. The doctor took a look at me and said ‘you’re going to die. Here’s a vitamin C pill’ and I was better within days. Yeah, that was definitely a low point.”

His vegan eating habits now are much more balanced. “I spend all my money on food or supplements or stuff for smoothies.” Which he admits, puts him in with the trendy Ponsonby superfood crowd, but this isn’t a passing fad for Hoey. “When I got into veganism, it was quite militant. A lot of vegans I knew were burning down butchers shops and attacking people wearing fur coats.”

Things seem stable for him right now. He says meditation has helped him control his impulses, and he’s getting a lot of work down on paper and in the studio. Tourettes has just released a new album and book of poetry called Feel Like Shit Looking Great! Which tackles subjects as diverse as his autoimmune disease (Ankylosing spondylitis) and his resulting interactions with the health system and WINZ, John Key’s National Government and all the issues he sees with it, Auckland’s gentrification, capitalism and inequality, youth, work and love.

Dominic Hoey joins Kirsten Johnstone to talk through a wordy selection of songs that have shaped his own work for the RNZ Mixtape. 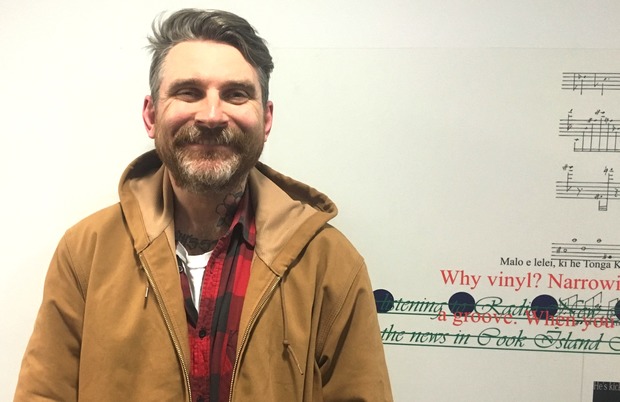