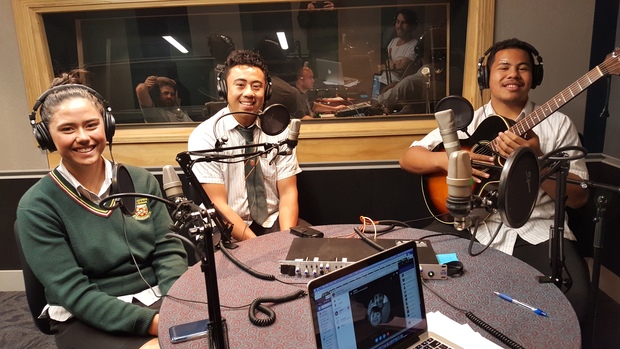 From Bic Runga to Broods, high school music competition Smokefree Rockquest has nurtured our best and brightest for almost thirty years.  It’s sister event Pacifica Beats began as the Urban Beats award in 1994 and has since developed into a standalone event.  The national finals for both events happened over the weekend.

The competition's founder and organiser Pete Rainey says the competition is in good health.  “We’re doing really well we have great support from wide range of partners but of course we could always do with more help because the more help we get the wider we can take our program, we’d love to take this twice a year round New Zealand, that would be great.”

The competition has featured some of New Zealand great musical talent over the years and has reflected the changing musical styles and tastes of the country.

“You have to remember when we started the competition it was back in the analogue age, digital hadn’t really started to come into mainstream in 1989.  We’ve seen some big technological changes, we’ve seen the advent of electronica, keyboard dominated bands, there were some years where we hardly saw a guitar for a while.  Now it’s swung right back round again.  One of the things that I’ve really loved doing is being able to pick the bands that in my mind will go on to be really great.  When Nesian Mystic walked on stage, gee, I knew that there was some real X factor there.  The same thing happened with Broods although they were called the ‘Peasants of Eden’ at the time, I had no doubt that particularly Georgia had real X factor and was going to go on to be huge.

We brought three of this years finalists from Manurewa High School and gave them some question time with Te Awanui Reeder whose band Nesian Mystic once won the best stagecraft prize in the competition (later they went on to become the only New Zealand band ever to have ten certified gold or platinum singles).

“I’m not sure that people really appreciate what Rockquest is because it’s the platform where you get to not only sound check with some of the best techs in the country, but you’re also on a professional stage, you have a good set up, you have a crowd, it’s a really awesome platform where you challenge the best in the country.  We have great talent, our talent are awesome.”