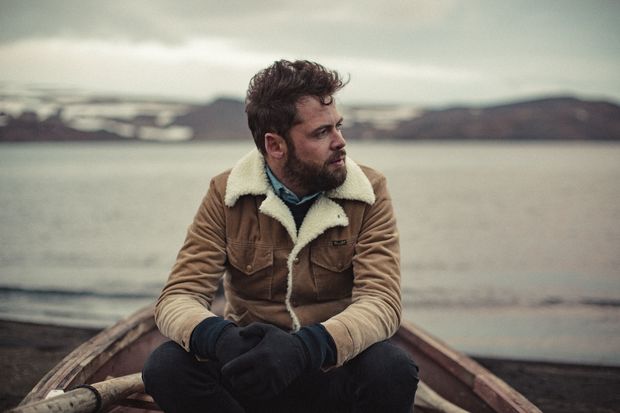 Passenger admits to a cliché.

“It’s the old adage; it took me ten years to become an overnight success.”

Passenger started as a band and quickly fell apart but Michael Rosenberg kept the band name and continued working alone singing on the streets of Europe and seasonally in Australia.  Soon after the busking gods shone on him and he was spotted by Ed Sheeran who, coming from a busking background himself, gave Passenger a support slot for some of his European shows.

Now, Passenger is a member of a relatively exclusive club, the YouTube billion plays club for his song ‘Let it go’.  Psy, Ed Sheeran and Beyonce all live in this stratosphere.  Passenger is about to release his eighth album Young as the morning, old as the sea which was recorded locally at Roundhead Studios just outside Auckland.

“I’d actually dropped into Roundhead a year or two earlier, we were in New Zealand and we just needed to get a track done quickly so I spent a day in Roundhead and I love how much time and love and energy has gone into that place.  Everyone who worked there seemed super sweet.  And roundhead just seemed to be the perfect spot.  I love New Zealand, great food great coffee great people so I thought, why not. I love the studio but it’s funny also with this album there is a real theme running through the record of nature and landscape and geography so what better place to house the record than New Zealand.  Just before I went in I went to the South Island for a few weeks and visited Milford sound and Wanaka and just had the most beautiful time.  After the recording my friend Brian was shooting a documentary about the making of the album so we went out for a few days (to record the lyric video) around Piha and Auckland and it was just as stunning.  It was great.”

Now that he’s in the YouTube billion plays club his days of busking are long behind him.  But he still does street performances, often advertising them on Facebook before he plays.  This means they are a very different beast these days.

“This European and American summer we’ve done thirty or forty busks this summer but it’s definitely different now.  Like in Amsterdam we had like three thousand people turn up.  It was crazy.  I used to just rock up and as you say the challenge would be to grow a crowd of people that have never heard your music before.  Now it’s like a free gig for my fans.”

Although his busking days are behind him, he remains grateful for all that they have given him.  His long years of hard work prior to his big break gave him the patience that he says has kept him grounded since his success.  Also the busking has enabled him to self-fund the albums he has made rather than end up beholden to a major record company.

“I think that’s something that’s really exciting about modern times.  As a musician if you’ve got a good idea you can kind of do things quite independently.  Gone are the days when you might need quarter of a million dollars to go into some big record studio and end up owing an awful lot of money to people.  These days if you really want to, you can record an album in your bedroom and release it yourself.  That’s really liberating for musicians these days and stuff.  For me, the busking paid for everything so I own all of my own albums which is a lovely position to be in.”