What is all the fuss about wireless headphones?

Apple have audiophiles all tied up in knots over the removal of the headphone jack on the new iPhone 7. Music 101 host Alex Behan speaks to media commentator Russell Brown to break it down and dissect the acronyms DRM, DAC and above all PR.

Technology changes can happen fast yet be slow to gather popularity. Sometimes it can be hard to know whether a technological advance is exciting, scary, or irrelevant. So with the new Apple iPhone 7 conspicuously missing the traditional 3.5mm headphone jack, should we be scared, excited, or just pondering why? 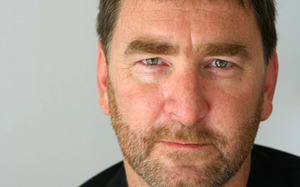 Media and tech commentator Russell Brown has a ponder:

“I don’t think we can know exactly why Apple have made this move. What they’ve said is that it enables them to make the phone slimmer and it helps them make it waterproof. There may be other reasons as well. One being that this move now ensures that Apple will make $4 from every pair of headphones sold because of the copyright around the lightning port.”

“The fact is that other phone manufacturers have been looking at this as well and it may turn out to be a little bit like the first iMac when everyone was outraged that apple launched the iMac and it didn’t have a floppy disk drive. No one could work out how it would work. It was madness. But we haven’t missed the floppy disk drive since shortly after the iMac was released.” 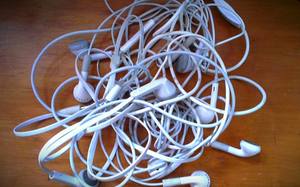 There are technical issues at play here that aren’t about business or branding however, and may benefit the consumer as their portable sound goes digital.

“The big thing here, the one potential plus, is that any pair of headphones going through the analogue headphones jack needed to use a digital to analogue converter (DAC) and the ones in phones, in all phones, aren’t very good because they’re built for price and low power drain and size. So you could plug the most expensive pair of headphones you like into a headphones jack and your audio quality was limited by the DAC.”

“It’s getting better. Bluetooth audio used to be awful, and now it’s greatly improving, the latest Bluetooth spec I gather is pretty good. But it’s still not lossless audio quality.”

“Also what Apple have done by taking away the headphone jack is take away what’s known as the analogue hole.  Any device that has an analogue output gives the consumer power to get the content, in this case music, without restriction. It’s called stream ripping and the industry have been worried about it for a little while. It’s only become more relevant now that we’re moving to streaming services. It will make it harder to do that. In theory if the music industry cracks down and demands control over what devices can be used it will limit that. But they haven’t yet.” 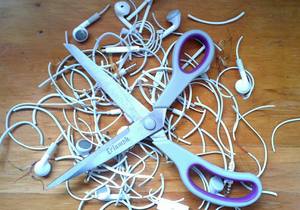 So the headphone revolution is on the way, but not as fast as it may seem. Brown suggests it will take a while to iron out some of the kinks.

“There will still be headphone jacks in other makes of smart phone. People will get used to using the dongle that apple gives out so you can listen through the lightning port. But I think we will move increasingly towards wired or wireless digital headphones because there are cool things that can be done with sound.”