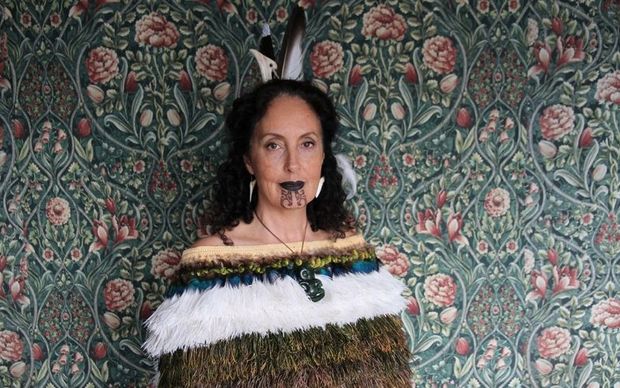 Moana Maniapoto (Ngāti Tūwharetoa/Tūhourangi-Ngāti Wahiao), leader of Moana and the Tribe, will join a distinguished group of New Zealand artists – including the bands Herbs, Hello Sailor and Dragon, musicians Hirini Melbourne and Richard Nunns, and composer Douglas Lilburn – when she is inducted into the New Zealand Music Hall of Fame next week.

The award is given by APRA in recognition of composers and performers that have made a significant impact on life and culture through their music.

The Invercargill-born singer and songwriter came to prominence in the early 90s with her group Moana and the Moahunters, whose songs combined hip-hop, soul and pop with traditional Māori elements such as a haka and poi, and often featured lyrics in te reo.

Her biggest hit was a cover of the feminist soul anthem ‘Black Pearl', but she also found success with originals like ‘A.E.I.O.U’ and ‘Tahi’, which promoted the preservation of Māori language and culture.

The group toured overseas, playing at such events as Womadelaide and the New Orleans Jazz and Heritage Festival.

Around the turn of the millennium she launched a new group, Moana and The Tribe, continuing the fusion of waiata and soul, and the pattern of recording and international touring. The Tribe became the first New Zealand band to play in the former Soviet Union.

Maniapoto grew up in a family where guitars were part of the furniture and sing-alongs were routine.

“I certainly don’t feel like I’m a particular star in my family,” she once said in an RNZ interview. “I just happen to be the one who’s got a media profile.”

She had originally intended to become a lawyer. “I feel I might have disappointed my family, because the family has a history of musicians, but no lawyers!”

In addition to her musical life, Maniapoto is known as a writer, political activist and documentary filmmaker. Asked to describe herself, she says: “I guess my life has been about storytelling, whether through music, documentary making or writing in general. I get inspired by the stories around me.

“I love the power of music to connect people. It’s shown me, through our many travels overseas, an opportunity to break down barriers – cultural barriers, racial barriers – and open opportunities for other relationships to develop.”

Maniapoto has received a number of previous awards, including being appointed a member of the New Zealand Order of Merit in 2004, a Lifetime Recipient of the Tohu Mahi Hou a Waka Toi Award in 2005 for her leadership and contribution to Māori art, and an Arts Foundation Laureate Award in 2007.

Her induction into the New Zealand Music Hall Of Fame will take place at the 2016 APRA Silver Scroll Awards at Vector Arena on Thursday 29 September.