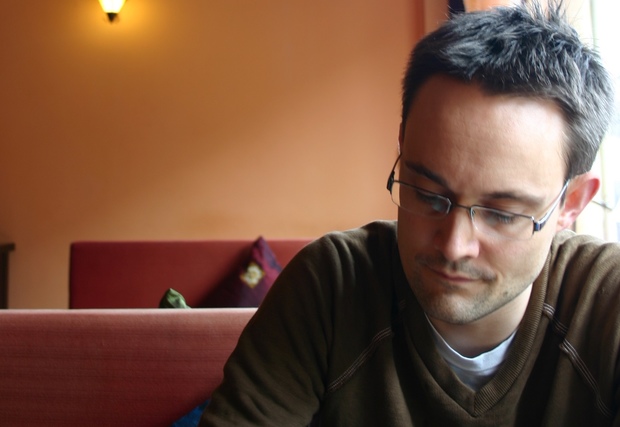 For the last two decades, Wellington's Michael Upton has been releasing "experiment-based" electronica as Jet Jaguar and collaborating with friends on a variety of musical projects including Patio, Datsun Stereo, Dub Connection, Malty Media, and Montano. He's currently celebrating this milestone with his new self-released EP July, which includes a song built around a recording of his pet cat Sooky.

An information management consultant by day, he writes music outside of work and family hours. "For me, music is something that creates an environment, surrounds me, and changes how I think or feel," Michael says. "I think everyone has that feeling of putting on headphones in a particular situation and suddenly feeling like they are in a movie. I've always loved that."

Beyond the creation of atmospheres, Michael loves music's ability to "articulate a thing that couldn't be said otherwise." Over his time making it, he's approached this goal by being, "quite literally experimental, in the sense of just trying something out…" as opposed to experimentation for the sake of affected strangeness. In part, this approach can probably be credited to the early influence of 80s sample-based synthpop group Art of Noise, who would chop up everyday noises to create rhythms and melodies, and reached the top of the pop charts in the process.

While for his first eight years as a recording artist, Michael worked with local record labels like Involve and Capital Recordings, these days he releases regular EPs through online music store bandcamp.com and promotes them on social media. "Another thing that really hit me after writing music for quite awhile is I don't mind if only a few people hear it. [I asked myself] what are the bits [of music making] I care the most about and where do I want to focus my effort? For me, obviously writing music, [but also] collaborating as well actually, connecting with other people through the experience of making music."