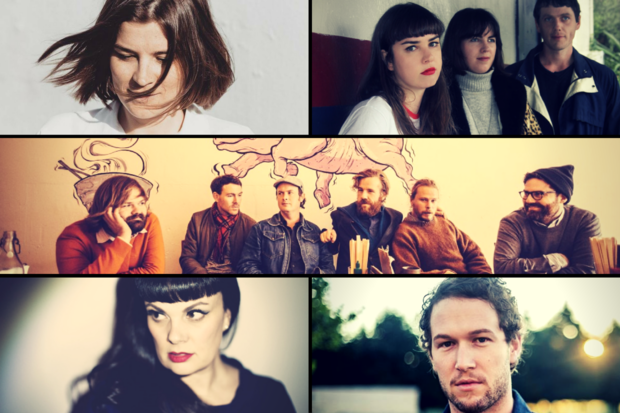 The shortlist for the 2016 APRA Silver Scroll Award, which recognises excellence in the art of songwriting, has been announced.

2014 Silver Scroll winner Tami Neilson is nominated for ‘The First Man’, a collaboration with her brother Jay Neilson written after the death of their father. Neilson spoke to RNZ Music when the album was released in September 2015, saying “it was so strange making an album I knew Dad was never going to hear. So writing ‘The First Man’, I was calculating all the days, of how many I’d had with him in my life. And I just thought - he’s the only man ever, who I will love from the very first day of my life, to the very last day of my life. That’s the last line of the song, and it grew from there.”

Wellington band The Phoenix Foundation has been nominated half a dozen times, but never taken the gong. Maybe this is their year - it would be ironic, considering the song is called ‘Give Up Your Dreams’.

Luke Buda says of the anti-aspirational anthem “I was having intense career angst. Like, I was worried there might not be enough money next year to record an album. And so it’s a survival tactic - like, stop whining, and just get on with stuff.”

Auckland singer-songwriter Lydia Cole wears her heart on her sleeve with ‘Dream’, a song about falling in love when you least expect it. That will be on her forthcoming album, which she says will be out in Summer.

Wellington singer-songwriter Thomas Oliver also has a love song in there - the soul-infused ‘If I Move To Mars’ contemplates the idea of living on the red planet with your lover – lying in the dirt, drinking cognac and listening to records. It will be on his forthcoming album, Floating In The Darkness.

Auckland Indie-rockers Street Chant, who have just announced an indefinite hiatus, make the top 5 with their song ‘Pedestrian Support League’. That comes from their album Hauora.

The song is about returning to Auckland after long stints touring overseas. Emily Littler told RNZ at the time of the album’s release - “[Overseas] we had a lot of music industry people blowing smoke up our arse. And getting back to NZ, reality hit. Like, I don’t know how to get a job, I just felt really strange going back to live in that damp flat. And now, I’ve got to write this record.”