"I’ve always been inspired by all the colours between black and white. Colour encapsulates love for me. The song is very vulnerable and authentic to who I am – and you only get that kind of emotion through real, lived-in experience.” - Louis Baker 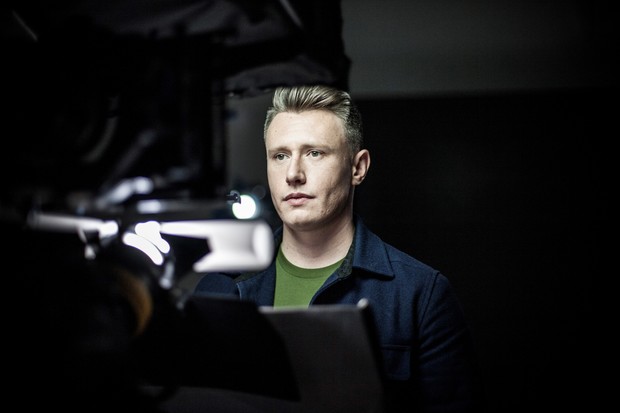 Wellington song-smith Louis Baker has new songs up his sleeves - written and recorded with new friends and collaborators, and reflecting new experiences.

Louis is a soul singer/songwriter that started young. At 11 he picked up the guitar, and he was writing songs by 16. The following year he was a finalist in the Play It Strange secondary schools composition competition.

After being selected for the 2012 intake of the Red Bull Music Academy in New York City, Baker recorded an EP in 2014 with Andy Lovegrove - the producer behind Breaks Co-Op and Supergrass - which they recorded in a North London studio.

One of those songs 'Back On My Feet' was a finalist for the 2014 Silver Scroll - which recognises excellence in New Zealand songwriting.

Baker’s also performed at festivals across the world, including Field Days, Sziget Festival, Sonar Festival, The Great Escape, and Splendor in the Grass, building an appetite for bigger crowds as well as more intimate spaces.

"Music seems to take people different places ... to share what you've got and what your message is," he said.

His brand new song 'Rainbow' was written in New Zealand and recorded at Red Bull Studios in London with The Nextmen’s Brad Ellis, who brings his background in hip hop production to the song's soulful vibe.

Take your first look at the video here:

The video is a single shot, conceived by Baker himself and executed by director Ben Hawker and cinematographer Simon Godsiff.

'Rainbow' is carried by an emotional vocal performance, set to the elegantly austere backing of acoustic guitar, piano, keyboards and gentle percussion. Baker acknowledged the early influences of albums like Fat Freddy's Drop's Based on a True Story and Home Land and Sea by Trinity Roots, as he discusses with Nick Bollinger.