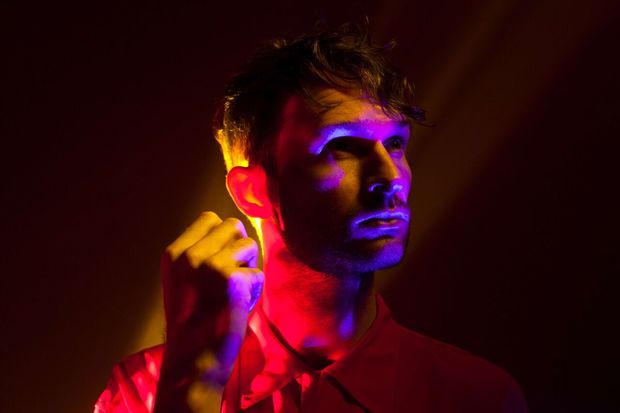 Every Orchid Offering is rich and detailed, blending electronica with live instruments, and with a stronger rhythmic component than its prececessor. Andrew Keoghan recorded this new album in New Zealand and New York, combining musicians from both countries, as he tells Nick Bollinger.

Five years ago when his first album was released, there would have been a few people who recognised Andrew Keoghan from his incarnation as a news reporter on TV One. But you only had to hear the album to realise that music was his true calling. Playing violin, guitar, keyboards and with a classically trained tenor voice, Arctic Tales Divide combined impressive musical skills with a bunch of fine original songs. And he’s just kept refining those skills on his new album Every Orchid Offering.

It’s a rich and detailed record, blending electronica with live instruments, and with a much stronger rhythmic component than Arctic Tales. It was essentially made across three countries with three different producers: Auckland-based Jol Mulholland, Ryan McPhun in Norway, and Keoghan himself, who currently lives in the United States.

Keoghan had gone to New York for the first time in 2011 for the CMJ Music Festival, loved it, and decided to move there the following year. You can feel the pace of the city in the new songs and their busier, more rhythm-driven arrangements.

While working as a barista in Brooklyn, he began putting together a band of American musicians and recording at Brooklyn’s The Bunker studio, run by New Zealander Aaron Nevisi.

But before leaving New Zealand he had already begun work on the album at The Lab in Mount Eden, with Kiwi musicians Chris O’Connor and Jol Mulholland and engineer Ollie Harmer. Their work was ultimately intermeshed with that of the Americans.

“Jol and Chris are big boots to fill,” he says. “There are a lot of wonderful musicians in New York, but they are two musicians that stand up anywhere. They are just so gifted.”

Keoghan would also send files to Ryan McPhun, of the Ruby Suns, currently living in Norway, who added his own musical and production touches.

Since completing Every Orchid Offering Keoghan has relocated to Los Angeles. “New York is an exhausting place to live and it never quite felt permanent. LA is closer to New Zealand and I was ready for a slightly slower pace to continue my work.”