Growing up in conservative, God-fearing South Carolina wasn't easy for Parson James. Gay and bi-racial, he tells Zac Arnold his story and sings stripped back versions of a couple of songs.

Pop/soul singer Parson James is a walking, singing, dichotomy. The product of two very different, and oppositional worlds. Born in Cheraw, South Carolina, he was subjected to small-town attitudes, but also a well-rounded musical education.

"My Mom had me so young. She was sixteen. So if you think about me growing up, my Mom's 21 when I'm 5. And that's around when I have my first memories of music. On one side, my Mom's working four jobs because she was kicked out of her home for having me, with a black man. She had to send me to my Grandparent's home, on my Dad's side, and over there, I'm hearing a lot of old school soul - Bill Withers, Elvis. My Mom, super young, is playing Mariah [Carey], Tupac and Whitney. Music was always there, but the most music was in the church, where we were forced to go. I was exposed to Gospel Choirs there, and that sort of music really spoke to me because of the passion and energy."

All those musical influences were channeled into his debut EP. It was also a chance to process some of the stuff he'd dealt with growing up. He says of 'Temples' "It's a realisation I had in my head sitting in church, knowing that if I was loud, or if I said anything, that people would treat me differently. But then also getting to a point where it doesn't matter, because I think I'm a great person. I think I should be able to celebrate who I am no matter what."

He's been very open about his personal life, both in interviews and in his lyrics. "Every story that I hear of someone that's found this music theraputic, or I've helped them come out, or face a fear or something - that's really amazing to me."

Parson was in Aotearoa this week for a special performance with Auckland’s LGBTIQ community choir GALS. Hear the session and interview with Zac Arnold at the audio link above. 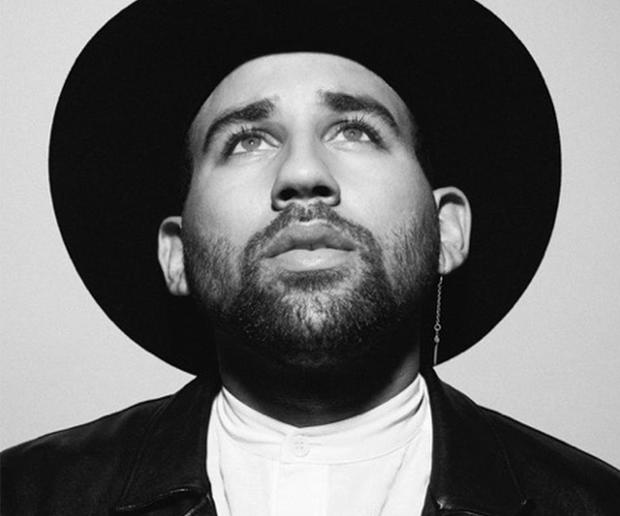