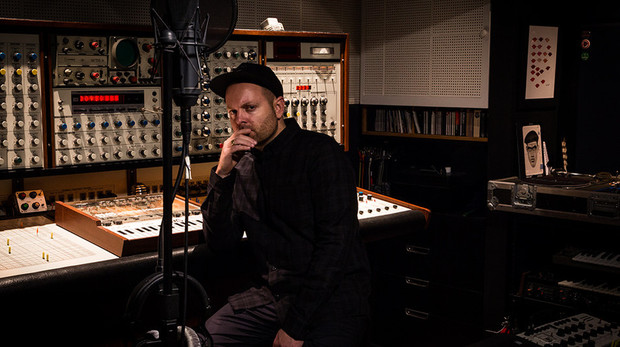 Californian beatmaker and producer DJ Shadow first made his mark with his sample-built, all-instrumental debut Endtroducing, a genre-defining release that still looms large over his back catalogue.

Twenty years on from Endtroducing, he has added only five more LPs to that catalogue – his latest being The Mountain Will Fall – a testament to his microscopic attention to detail.

Shadow has used all six of his albums' titles to steer their direction. The Mountain Will Fall comes from a single tweet, a note-to-self name to remind him that the end was in sight.

One step follows the next which leads the way to the next. There will be missteps but as long as the vision is whole, the mountain will fall

"It's an analogy that I've used to help myself not get thrown off by the largeness of the moment and just try to take it piece by piece, day by day," he says. "I mean, I certainly don't have mountain climbing in my background, but I've been on some hikes before where you're like, 'I don't know how much more of this I can endure,' but you keep walking and you keep climbing and then by the end of it you look around and you're like, 'Wow, I came up all this way – look at the view.' So it can be daunting and it can seem large, but that analogy works for me."