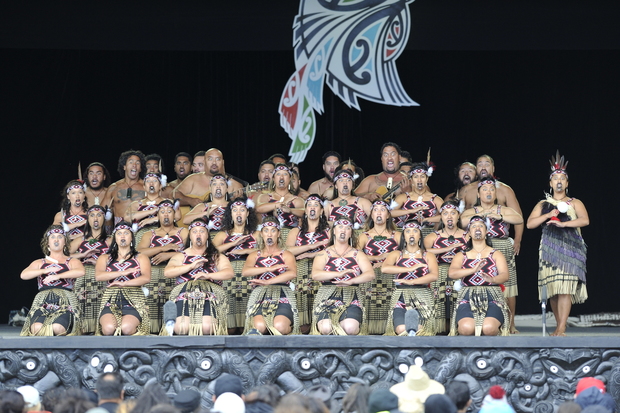 WOMAD 2016, situated in the scenic Bowl of Brooklands Park in New Plymouth, once again proved to be a three-day celebration of musical discovery, cultural diversity, dance, costume and cuisine.

The Festival opened on the evening of Friday, 18 March, with a welcome and performance by Te Kapa Haka o Te Whānau-ā-Apanui from the East Coast of the North Island.

In 2015, this team won first prize at the Kapa Haka National Competition. It’s the second time they have won this prestigious competition. The creativity of each team's choreography and song represents both their tribe and their ancestral history and take months of rehearsal leading up to the event.

This 40-piece group was actually performing in France when they were notified they had won the competition and as a result were extended the invitation to perform at WOMAD 2016.

Te Whānau-ā-Apanui are ambassadors of te reo and kapa haka who share their original songs and dance with appreciative global audiences in countries as diverse as Hawaii, Europe and China.