Willie Watson - picking out the gems 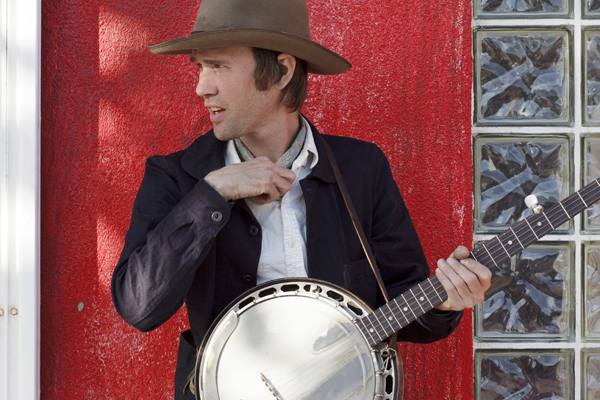 Last time Willie Watson visited New Zealand it was as a member of Old Crow Medicine Show, the Nashville-based string band who have been key players in the recent revival of old-time music. Their song ‘Wagon Wheel’ – based on a song-sketch found on a Bob Dylan bootleg – has become a modern folk anthem. When he returns in early July – for a single performance at Auckland’s Tuning Fork – it will be as a solo performer.

Nick Bollinger spoke to Willie Watson – who also plays in Dave Rawlings Machine - about his new life as a folk singer.

Willie Watson left Old Crow Medicine Show in 2011. Initially, he expected to be going out alone, playing mostly his own songs - after all, he had been one of the songwriters in Old Crow and new original songs is what audiences tend to expect of performers these days, even if they are calling themselves folk singers.

But Watson wasn’t happy with the songs he was coming up with.

When it came to recording his first album, it was David Rawlings – producer and guitar-slinging partner of Gillian Welch – who suggested he focus on the old stuff.

“He knew I was feeling this pressure and didn’t like what I was doing. He said, ‘Don’t worry so much about it, you don’t even have to write songs’. I was like ‘Well of course I do, a singer-songwriter these days, it’s what you have to do’ and  he was like ‘No that’s not true. Just trust me. If there’s anybody in this world can get away with singing these old folk songs it’s you’.”

The result is Folk Singer Vol. 1, a collection of old folk and blues songs – some well known, some obscure – which Watson performs entirely on his own, accompanying his powerful, emotional voice on either guitar or banjo. In many ways, it is an album that could have come out of the folk scene of the early sixties – right down to the black and white cover, with its utilitarian design and song titles listed in the margin.

Like most young folk singers these days, Watson has learned much of his repertoire from reissues of old 78 recordings, though he has gathered a collection of his own 78s. He also acknowledges the influence of new media such as You Tube, and the effect these have had on spreading the music.

“There’s a lot of young people playing different facets of the old-time music. You see a lot more white kids with long hair and tie-dyed T-shirts playing jug band music on street corners. There’s a lot of it and it’s not all good. I love that period, I love the old music and I love what was happening in the 1900s but I don’t like it all. I think a lot of people nowadays maybe like it just because it’s old and came off an old scratchy 78. That leaves it to me, I guess, to pick out the gems.”