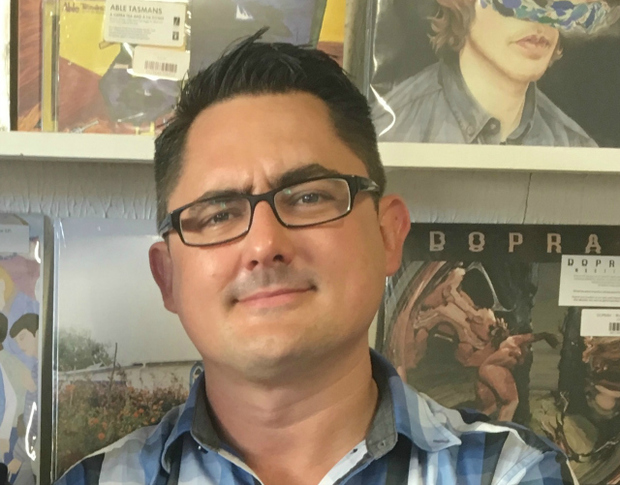 NZ On Air recently announced some changes to the way they fund music. From July 1, the New Music funding scheme will make $2 million available for signed and unsigned artists to record a single and video, or for a project (made up of at least two consecutive singles) that has co-investment from a “professional music company” to the tune of at least 40% of the costs.

Zac Arnold sat down with NZ On Air’s Head of Music and Radio, David Ridler, to talk about the changes.

These changes are intriguing. What wasn't working with Making Tracks?

Things change so quickly, and they certainly have in the last five years since Making Tracks came into being. I was actually part of developing Making Tracks as well so I kind of got a unique insight into the environment back then and the environment now. A bigger example of the changes is [that] Spotify hadn't even launched in New Zealand in 2011 [and] now streaming is the number one recorded music revenue stream.

We had $2 million to spend with Making Tracks and looking at those inputs and realising that a lot of that resource was going to music video production [but not] for things that were getting the songs noticed … things like promotion and publicity.

It's all very well to put a video on YouTube, but it's like when a tree falls in the woods - it's how you find it and how you discover it that's becoming the really important thing.

In the New Music Project funding, an artist is required to have backing from a "professional third party music company”. You've mentioned Flying Nun and major labels, but where does that leave artists who are doing it DIY?

It leaves them with single funding at the moment. It's one of those things where we only have a finite amount of funds [for] and you do have to make some hard decisions sometimes. But I looked at a few different agencies and their funding methodologies before we put that into place, and there's definitely precedent for it throughout the public sector.

Because of the professional backing that you need to have, is that bait for major labels to invest? It’s something they haven't been doing as much.

We can't downplay that the NZ Music Industry is quite a behemoth. It's still making a lot of money and there's a lot of people with a lot of jobs in it.

Yeah, there are. [There’s] probably half as many as there were 15 years ago. But the sale of recorded music has dropped a lot over the last 10 years and, with that, a lot of investment came out of the business. So the problem with not having any investment is that it is really difficult to get a song from being awesome to actually getting it exposed.

So with exposure, how is co-investment or extra money going to help you get onto that Spotify playlist that gets you from 5,000 streams to 80,000 streams?

There are so many different ways to do it, but one of the keys things I've found is [that] between the streaming services and the radio programmers and the bloggers, it takes almost a weight of noise for things to tip for people. We know there is so much music and so much choice and that's just the basic facts. It's almost like friend recommendations, seeing things on your social media feeds, hearing a clip on the radio while you're at the service station - all that sort of stuff has to coordinate to get it to tip. Not just in the gatekeeper’s heads, but the next level is to tip into people's consciousness to the point where they go 'I like that song enough to purchase it, put it on a Spotify playlist, go and see the show, watch it on YouTube’ - all those other things.

You put your money into it, you co-invest, you get some output. What are the measures of success that NZ On Air is looking for?

The tricky thing is that 100,000 streams for one artist can be a great success, but for another artist it can be a complete disaster. So that is where we have to be quite mindful that there are different songs and different artists for different sized audiences. It's kind of rough and ready, but it is a split between our mainstream focused projects, which we would expect bigger numbers for and radio play in most cases, and our more niche audience projects, where you would expect a different set of measurements.

So keeping it vague makes it easier to say 'you've done a good job'?

No, not really. I can't sit here and say ‘Yoko-Zuna - we expect them to get two million plays on their new EP’, because I don't think that's fair. That's quite a unique sound that's going to have a niche audience. If we say, 'right, here's a catch-all measure for every single artist and if you don't make two million streams off your single then you shall never get funding again', that's just too harsh.

Hear the full interview at the audio link above.