Ladyhawke on the rise 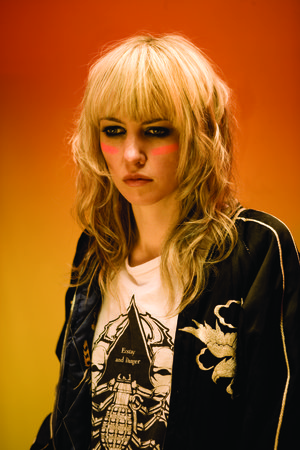 Pip Brown grew up in Masterton, and became the lead shredder in a Wellington based band that could have been huge, but instead imploded, violently.