Asti-Loren, Maya Payne and Nakita. You may not have heard the names before but you are very likely to over the coming months, with all three due to drop EPs. These three young women are changing the way New Zealand makes pop music, and they’re doing it one carefully crafted post and polished pop song at a time. Between them they currently clock nearly 100,000 followers across social media platforms. That’s more than the number of ‘likes’ Neil Finn and Dave Dobbyn’s Facebook pages can claim between them.

Search for Asti-Loren and you’ll find a music video for her latest single, ‘Blue Heaven’. We see a dreamy, air-brushed Asti-Loren cruising through the Port Hills in a vintage Cadillac, running her fingers through the hair of a handsome love interest and staring longingly into the camera. Production credits go to her and her family. She’s 18 now, but she penned her songs at just 16. At 14 she scored a place at London’s prestigious Susi Earnshaw Theatre School.  Alumni include Amy Winehouse and many West End stars. Immersing herself in this melting pot of talent she figured out her sound and the ins and outs of the business.

Nakita has released just one song, but it’s already been picked up by taste-making blogs around the world and has hit 100,000 streams on Spotify. It’s tropical, beachy and fresh - just like her Instagram feed. She worked on her forthcoming EP Foolish Ones with NZ songwriters Dave Baxter (Avalanche City), Benny Tipene, Ruby Frost, Ezra Vine, and Leroy Clampitt - a key collaborator behind Justin Bieber’s latest hit ‘Company.’ It should come as no surprise that the production quality is high and the song is damn near flawless.

At 19, self-managed artist Maya Payne is a little more experienced. You may have heard her song ‘If Only’. It’s had a fair bit of radio play: 1.6 Million plays on Spotify, over 6 Million plays on YouTube channels and Soundcloud, and is close to a gold selling single in New Zealand. Maya might be one of a minority of artists to say the words “Spotify is great.” Bright colours, a bubbly personality and the bubblegum pop songs that feature on her new EP The Lucky Ones are propelling her towards mainstream pop success.

The way these three young women are approaching their careers reflects the changes in a music industry that is becoming less localised, and where the traditional record companies are losing their dominance as the means of distribution and promotion. In the post pop-idol, post-Spice world this trio are self-made starlets following a path blazed by Lorde.

Producing pop music with high production values, they also cultivate their visual image and identity, shunning the dictates of industry svengalis. They are calling the shots, fully knowing that their public persona is as important as their sound. In other words, they are consciously building a brand.

Taking classes in pop business at school, Asti-Loren is more tapped into this than many of those in management and PR positions. With more than 45,000 followers on Instagram, her psychedelic, anime-inspired posts perfectly mirror her dreamy pop music - something that didn’t happen by mistake.

“You have to do everything as a package, which is something I think a lot of people don’t quite understand. You don’t want to create a facade, but you want to exaggerate things a little more - that’s what will really grab people.” - Asti-Loren 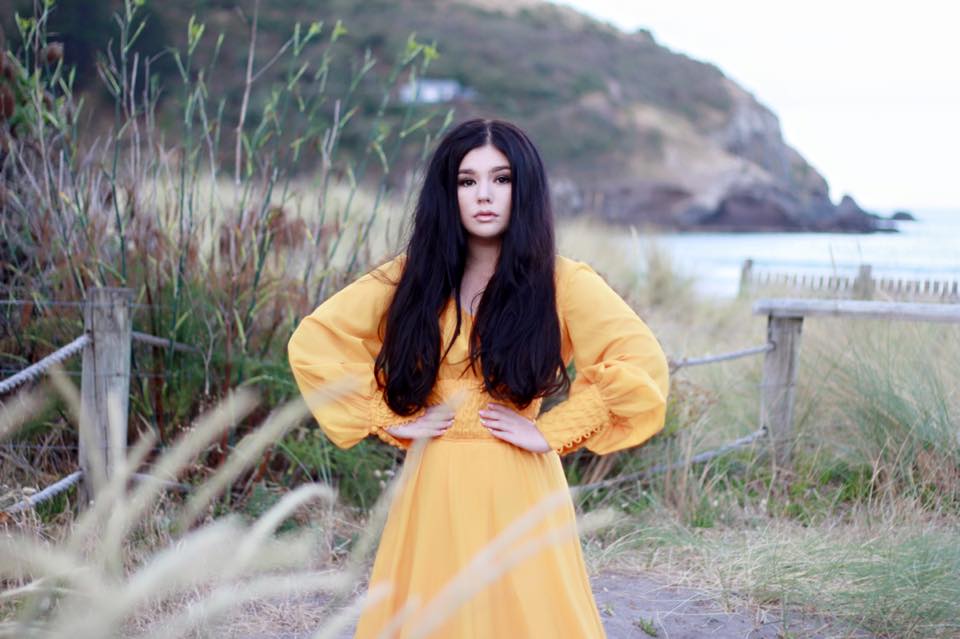 Co-owner and founder of youth-orientated social media business The Social Leader, Anna Goddard, finds the young women’s attitude unsurprising. “Branding comes so naturally to them. The youth I work with know all the rules on Instagram - the filters, the need to post consistently, and they’re aware of the fact it can be monetised if done well.”

When scrolling through Asti-Loren’s Instagram feed, Goddard was impressed by how wholesome it was for someone trying to sell pop music. “I love that she’s not wearing a bikini. There are no provocative shots. She knows who she is. She could’ve easily gone down the trashy, hyper-sexualised route because that gets a lot of attention, but she’s instead opted to stick to her brand.”

It is this dedication to Instagram - posting high quality photos three times a day and responding personally to each comment - that has not only landed her those followers, but secured a global audience for her music.

But Goddard cautions that as these artists’ fame grows, they do become at risk of selling out at the hands of those around them. “If they get put in a box by labels or managers, what will they have to do to keep that wholesome image? It’s a lot of work to making a career out of your brand - taking high quality photos, posting consistently - it’s a full time job. When these artists take off, who takes over their social media? It’s difficult to hold onto your brand when someone else is doing it”

Both Asti and Maya say that Facebook is irrelevant. It is the place managers and publicists will look first, but not where the fans are. Maya says that people have been put off by Facebook’s incessant advertising as well as its boring, unchanging nature.

For 14-year old music fan Hollie, the celebrities she and her friends admire didn’t travel down the traditional path to fame and rarely post on Facebook. They’re social influencers who built their fame through blogging, vlogging, Instagramming and Snapchatting. “I think online celebrities are more important than other celebrities. A lot of my friends watch their videos, which means we can relate to the them. It's also easier to access and more instant,” Hollie says. For her, the celebrities online are far more important than any face seen on the television, further reinforcing the fact that traditional media are no longer serving these artists, or their audiences, like they once did.

Hollie says the idea of being a social entrepreneur seems a lot more achievable than other kinds of fame because it’s a global phenomenon, putting regular people into the spotlight. It’s the kind of fame that saw Tanya Burr go from someone who filmed makeup tutorials on a grainy digital camera in her lounge to someone with an empire greater than most performing artists, and Troye Sivan go from singing covers in his bedroom to becoming the guy who released one of the tightest pop albums of 2015. The best part of all this? Their fans were alongside both these artists every step of the way. This is the way we’re doing fame now.

It’s this accessibility - the ‘backstage pass’ from your living room - that Victoria University Marketing lecturer Dr Kate Daellenbach says we have come to expect from musicians. “We expect people in pop culture to be accessible. They need to be in order to be picked up by younger demographics.”

She says the degree to which this is happening is scary, due to its often “intrusive nature.” The more blurred the lines between professional and personal become, the more we feel engaged. She adds that the intelligence of the teenagers consuming this content shouldn’t be underestimated, saying they’re “even more critical than other generations. They can tell if an artist is being inauthentic. They can see right through it.”

When an artist comes across as authentic, even though we know it’s likely to be a one-sided relationship, we still buy into it. Music is a deeply personal thing, and when we feel more connected to the artists behind our favourite songs, we cling to the interactions.

But with this accessibility comes inaccessibility, something that exists tightly alongside the desire to protect the human brand. For budding popstars, the days of performing an acoustic set on a local radio station are long gone. Even the idea of putting an act in such a situation without any formal media training is laughable. By the time these musicians are reaching traditional media, they’ve already amassed a following big enough to put a score of Kiwi legends to shame. They know exactly how to answer the curliest of questions from shock jock radio DJs and they’re universally likeable.

This need for media training is a big part of the changing environment. Publicist and media trainer Janine Russell believes there are now less barriers between the artist and the fan, “and that is definitely not a bad thing. But there are opinions that there needs to be an element of care involved with how those social media platforms are used for portrayal of a story.”

The mainstream media has become something scary, something to be feared. You can’t edit out a mistake or have a do-over like you can when you’re posting content online. Says Russell: “If they're true to themselves and what they stand for, and what their art means to them, the media experience doesn't need to be scary.”

Despite this, there are still concerns around letting these young artists out into the wild, a barrier I encountered first hand. When I first asked to interview Nakita, my request was declined because her manager said he wanted to “grow her profile organically.” It was a response I assumed to be code for something else, perhaps linked to a lack of media training. The following week I tried again, only to be rejected, again. When I tried for a third time, I was sent a reply saying they “still didn’t want her speaking directly to the media.” The closest I came to a real life interaction with Nakita was a Facebook message I sent her being marked as “seen.”

But surely I could be forgiven for thinking the coverage might have been appreciated? With a hit song doing so well, nearly 4000 likes on Facebook and an inviting Instagram feed, it dawned on me that I too had fallen victim to the game. I had believed she was accessible. 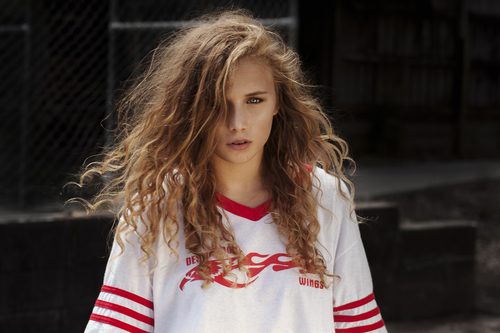 While her sparkly new Nakita persona is relatively new, do a little digging in the Parachute files, and you’ll find Nakita Turner's video from a couple of years ago - a 14 year old wunderkind with an angelic voice, a choir of young people behind her, along with established artists Massad, Restoration, and Dukes. 'One Voice' is an original song that tackles bullying culture, the result of Nakita's extensive interviewing of her peers. She won a Ministry of Youth Development Change-Maker Award that year, and yet her current publicity lines reflect none of this history.

It’s this radical desire to separate - and to some extent erase - the past, that shows the importance being placed on the human brand, a trend Daellenbach says is on the rise in New Zealand. We’ve reached a point where if it doesn’t fit the brand then it can’t be there, no matter how good or interesting said content might be.

There’s a major paradigm shift happening around how pop stars are made. It’s more than just teenagers using social media; it’s teenagers using it better than any other generation and putting themselves in the position of power.

Kate Robertson is a freelance journalist and news editor at Salient.