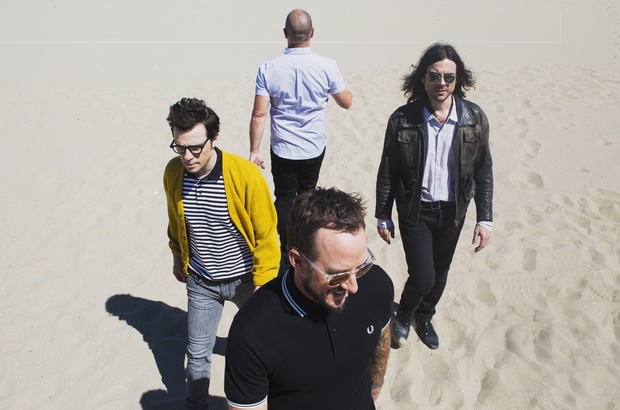 Weezer sprung up like spring daisies amongst the muddy mire of early nineties grunge rock, with fresh-faced jangly hits like “Buddy Holly’ and ‘Say it Ain’t So’.

The Los Angeles band reflect their sunny Californian musical heritage on their tenth album, with singer Rivers Cuomo citing The Beach Boys as a sonic influence. He collected lyrical source material talking to strangers around Venice Beach and Santa Monica, and even listed himself on Tinder to meet characters.

Bassist Scott Shriner says Rivers really made a point of putting himself out of his comfort zone in order to write - "he really went out and paid attention, and had some experiences to write from."

"Who wants to sit around hearing songs about raising your kids."

Yadana Saw finds out from bassist Scott Shriner how Weezer have maintained their musical identity this time around.