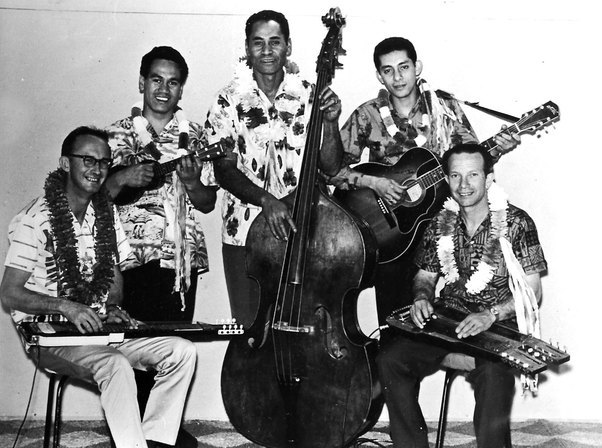 This morning, Bill Sevesi died peacefully in his sleep aged 92.  Sevesi is recognised for his ukulele and steel guitar prowess, which he flexed with his band The Islanders during their 16 year residency at Auckland's Orange Ballroom.

A prolific recording artist, he collaborated with vocalists such as Daphne Walker, and mentored many musicians, including The Yandall sisters and Annie Crummer.

Known as the Godfather of the ukulele, in his latter years he worked with the Play It Strange programme fulfilling his dream of seeing more Kiwi schoolchildren take up his signature instrument.

Last year he was honoured as the 2015 APRA Inductee into the NZ Music Hall of Fame.

Petrina Togi-Sa'ena, a colleague of Sevesi's, speaks with Melody Thomas about his stature in the Pasifika community and how his musical prowess was somewhat responsible for her existence.