All the world’s a stage

Every possible angle on the life and work of William Shakespeare is being explored around the world to mark the 400th anniversary of his death.

In New Zealand, the Pop-up Globe theatre – a replica of Shakespeare’s old stomping ground in London - recently hosted Play On: A musical imagining of the great soliloquies. Twelve of Shakespeare's most well-loved solo soul-searchings were set to new music by Tui-award winning composer Paul McLaney, and presented as a song cycle by a dream cast of local actors and musicians. RNZ Music went behind the scenes of Play On, as well as recording the one-off performance on the 3 April 2016 for posterity.

You can hear more from the show here:

How shall I celebrate thee? Let me count the ways... 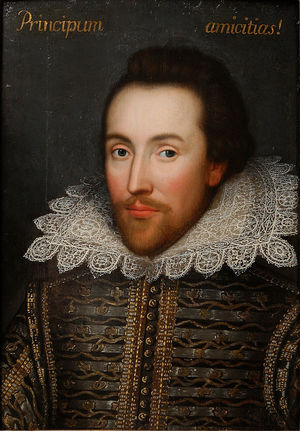 The Pop Up Globe has been so successful its Auckland theatre season has been extended, and elsewhere in New Zealand there’s a Bard’s Birthday lunch hosted by the Shakespeare Globe Centre NZ (Shakespeare's birthday and death day are both celebrated on 23 April) and the annual Sheila Winn Shakespeare Festival for secondary school students kicks off on 2 June.

Elsewhere in the world one theatre company is presenting the complete murders - all 74 of the stabbings, poisonings, smotherings and smashings to be found in the 38 plays. Chicago’s chefs are cooking up 38 culinary interpretations of the dramas. And at the Edinburgh Fringe festival each night’s performance of A Midsummer Night’s Dream features a different cast member... extremely drunk. The remaining cast do their best to improvise around them.

From a writer who never even made it to university, Shakespeare’s monologues (solo speeches), soliloquys (solo soul-searchings) and sonnets (14-line poems) remain the most read and performed in the English language, not to mention the translations into every modern language as well as Klingon... and Māori, and many words and phrases coined by the bard remain in common use today.