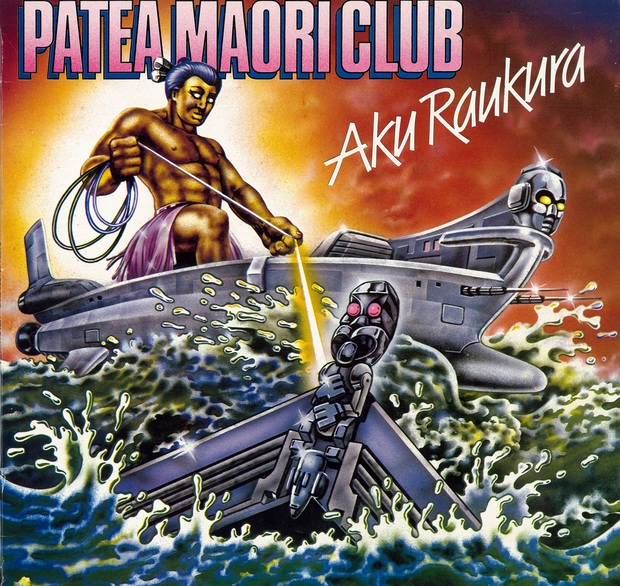 If Afrofuturism is where science fiction and technology meets popular culture of the African diaspora, could it be happening in Aotearoa too?

In part one of Aotearoa Futurism: Space Maori and Astronesians, Sophie Wilson and Dan Taipua put this question to hip hop artist Che Fu, psychedelic rock guitarist and peace ambassador, Billy TK Sr, and his son, vocalist and guitarist Mara TK of Electric Wire Hustle, to find out whether they identify as 'space Māori'.

My father longs for the streets of a city where people don’t sleep, and in my youth he left gifts for Tane Mahuta, 'Lord of the Forest'.

His latest origin story makes more sense than ever:

In the beginning, extra-terrestrials discovered planet Earth. While they were here they discovered the beauty of nature, but couldn’t adapt because they were spiritual forms. So they decided to build a machine to carry out their vision for what they saw on Earth. That machine was the human body.

When Vincent Wilson was a teenager in the late 1970s, he moved to Auckland from Samoa with his mother, sister and brother. A decade later, he was raising me between the swamp Kauri forests of Northland, and the stereo.

The goal for us is to find those extra-terrestrials. They created us so we could trace the roots of where we come from. It’s something I can believe in. Something greater than myself that keeps me connected to myself.

I am the result of these stories, and a brown nerd. Some of my friends are brown nerds too, like Daniel Taipua.

Dan is a media analyst both on and off the clock. He, like We, receive media at the speed of light. Equally, the latest technology and our immemorial histories are things to rejoice in. And we think Mana Vautier is a skux.

Over the past few years, Dan has woven these words into one kete: Space Maori, Astronesians, Polyfuturists, South Pacific Futurists. This kete, we’ve decided, describes Maori who imagine, create or are receptive to ideas that play with, and sometimes even obliterate, the boundaries of technology and time.

Sometimes it manifests in an album cover depicting a stylised Maui with an electrified sound cable fishing up chrome-plated whare by its tekoteko (centre pole carving), which itself is a chrome-dipped robot. Other times, it metamorphs whakapapa into a 3D virtual game.

“What is it about writing?”, Charlie Rose in 2000 asked African-American science fiction writer Octavia Butler.

Butler evenly laid out this tohu, this key to understanding the ahua, the existential makeup of her novels. It could easily be a tohu for Aotearoa Futurism, a term Dan and I have remixed from a word created seven years earlier in Mark Dery’s essay “Black to the Future”, which drew an imperative line between African-American writers, Octavia Butler, Samuel R. Delaney, Steve Barnes and Charles Saunders.

Speculative fiction that treats African American themes and addresses African American concerns in the context of twentieth century technoculture - and more generally, African-American signification that appropriates images of technology and a prosthetically enhanced future - might, for want of a better term, be called “Afrofuturism” .- Mark Dery, Black to the Future

This discourse presents questions never before asked in Aotearoa: If this is going on in the States, is it going on at home? If it is, what would it look like? And can it legitimise my dad’s crazy alien stories?