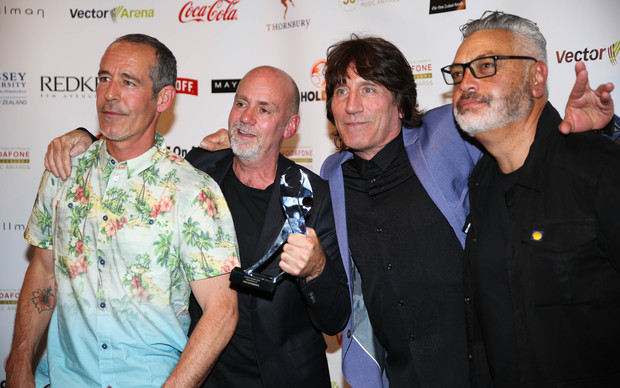 Affectionately known as the Tuis, the New Zealand Music Awards took over Auckland’s Vector Arena on Thursday, with performances from Broods, Gin Wigmore, Janine & The Mixtape, Marlon Williams and Savage, and the induction of The Exponents into the New Zealand Music Hall of Fame. Zac Arnold was in amongst it to bring you a courtside report on the music industry’s red carpet event. 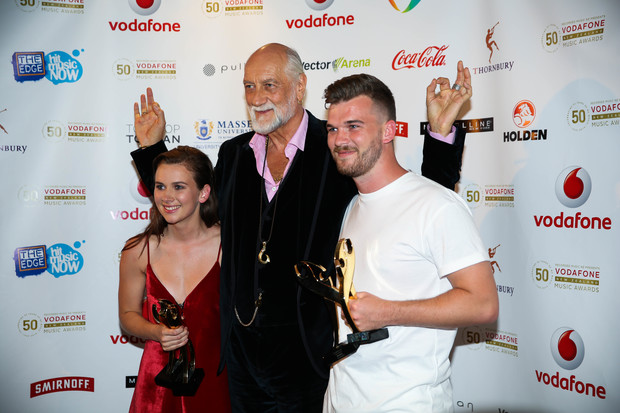 Broods have dominated this year’s NZ Music Awards, taking home four Tuis, including the coveted Album of the Year award.

The Nelson-born siblings, who also won Best Group, Best Pop Album and Radio Airplay Record of the Year, have been on a rapid rise since releasing their debut EP and album last year. Evergreen was produced by Joel Little, who is well-known for working closely with Lorde, and the album is a mix of moody alt-pop and electronica.

Speaking on their wins, Georgia Nott acknowledged everyone that had helped to make the record.

"Honestly it's just insane that our first crack at an album has got us this. We've got such an awesome, awesome support network. We're definitely the luckiest people ever."

Last year it was Lorde who dominated headlines as she took home six Tuis for her “teen diary” Pure Heroine. This time around she scooped up the Single of the Year award for ‘Yellow Flicker Beat’ as well as the International Achievement award for the third year in a row.

Other winners include Marlon Williams who took out the awards for Best Male Solo Artist and Breakthrough Artist of the Year. The alt-country musician led the way this year with five nominations for his recently released self-titled solo debut.

His wins were "suprising and lovely", he said.

“It’s been another exceptional year of music from our New Zealand artists with Broods an outstanding example, deservedly winning four Tuis. Internationally, New Zealand artists are making waves across the globe in a multitude of genres and that is certainly something to be proud of,” he said.

They weren’t the only ones celebrating though. The Exponents were also honoured as this year’s Legacy Award recipients and inducted into the New Zealand Hall of Fame. There was also a special tribute to the band, who are known for their hits ‘Why Does Love Do This To Me’ ‘Who Loves Who The Most’ and ‘Victoria’, in a performance from Tami Neilson and Dave Dobbyn.

Earlier this month, Auckland band Bespin took out this year’s Critics’ Choice Prize, which is an award that aims to acknowledge up-and-coming acts and potential NZ Music Award recipients. The band, who just released their debut EP Osiris, took home a $10,000 NZ On Air recording and music video grant, as well as mentoring sessions with “several music industry heavyweights”.

Mentos Album of the Year

Vodafone Single of the Year

NZ ON AIR Radio Airplay Record Of The Year