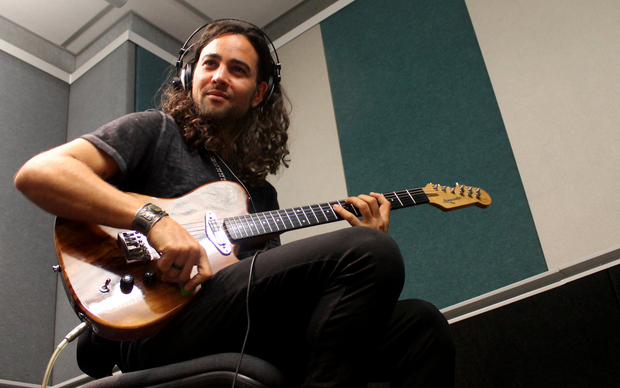 When Israeli-kiwi Arli Liberman discovered yoga it seemed like a natural fit to incorporate his musical skills into his practice.  Liberman began his musical career in his homeland of Israel, showing a prodigious talent for the guitar, he eventually worked with producer Mark Smulian who recruited him into the White Flag Project, a band that was comprised of Israeli and Palestinian musicians.  It was in this setting that Liberman adapted his guitar playing to compliment the delicate sounds of the oud and the range of other ethnic instruments the band utilised, which became a useful approach in his latest album Fata Morgana.

Liberman's current sound is quite a departure from his roots - once referred to as "the Israeli Shredder" when he began playing music around Auckland -  but this evolution seems fitting for someone who left Israel and his kibbutz to follow love to New Zealand.

Fata Morgana brings together his passion for yoga and well-being with his enduring enthusiasm for music. Although recreating the soundscapes in a recording studio was a quite a different process to playing live in front of a class, as Yadana Saw finds out.