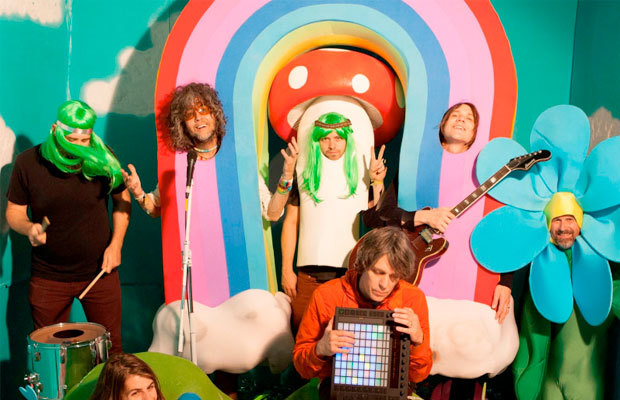 Oklahoma’s Flaming Lips -whose Big Day Out Show back in 2004 featuring an almost religious fervour of confetti and a animal costumes - including our very own TV Kiwi- still rates highly in the collective concert conscious.  Photo: Supplied

Over the past couple of years Flaming Lips have pulled in dozens of guests for collaboration albums including a tribute to The Beatles, and more recently co-wrote the new Miley Cyrus album, which they’re performing live as her band ‘The Dead Petz’.

Flaming Lips' frontman and Miley's BFF, Wayne Coyne joins Emma Smith on the line ahead of their appearance at January's McLaren Valley Arts and Music Festival.