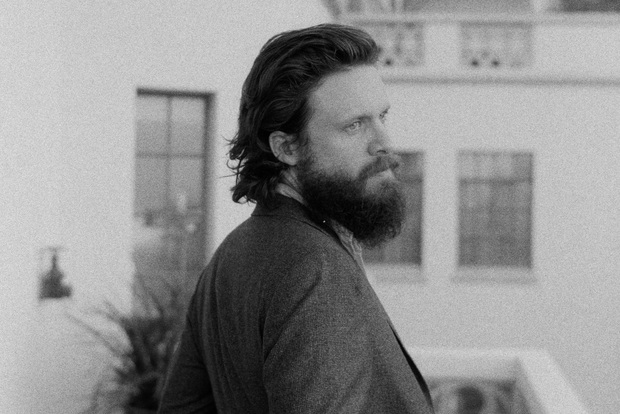 When American indie folk musician Josh Tillman played his last New Zealand show, it was behind the kit as the drummer in Seattle baroque pop outfit Fleet Foxes. When he returns to the country to play Auckland’s St James Theatre in December, he’ll perform as Father John Misty, an alias that he has used across two critically-acclaimed LPs, 2012’s Fear Fun and his latest set, I Love You, Honeybear.

It’s not the first time the New Orleans-based singer-songwriter has operated under an alias, but it’s a moniker under which his confessional, occasionally comic, folk songs have gained a much wider audience than his previous solo efforts.

Pseudonyms aside, Tillman credits the upswing in his creative fortunes to a very specific event.

“I was naked in a tree and I was taking a lot of psychedelics and mushrooms and stuff at the time,” he explains.

“I was granted access in this psychedelic state to the fact that certain truths are very simple and childlike, and for me it was, ‘Hey man, just be yourself!’

“And, in that state, that otherwise really banal piece of truth was granted the profoundness that it deserves. I know that sounds like it should be written on a piece of cardboard and I should be standing on a street corner somewhere holding it, but it really resonated and my writing completely changed, and I think the way that I regarded myself creatively completely changed.

Ahead of his show at Auckland’s St James Theatre on Thursday December 3, Tillman offers a first-hand account of his psychedelically-enhanced alias, and how it helped set him on his current trajectory.